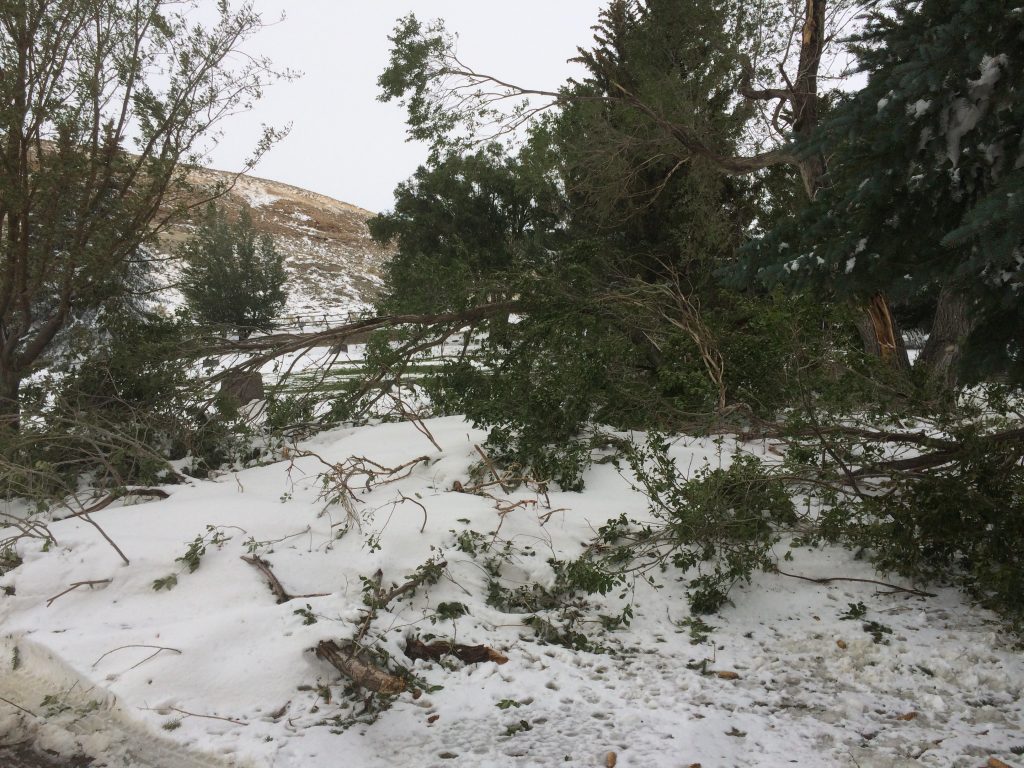 GREEN RIVER, WYOMING (September 9, 2020) — The City of Green River continues to clean up following the hurricane-force winds that blew through the City the night of September 7 night into Tuesday. Hundreds of trees have been damaged and over 6,000 residents were without power September 8. Power has been restored to the majority of customers.

City crews have been working to clear all streets of tree limbs. City Administrator Reed Clevenger says residents have done a great job cleaning up their private property and says the City appreciates the cooperation with dumping materials at the Rodeo Grounds parking lot.

The City announced on Wednesday, September 8, the Evers Park gazebo is closed after it suffered roof damage. Three big pine trees also fell on the Eastern side Evers Park. Also, Riverview Cemetery remains closed after several tall pine trees were toppled by the strong winds.  Crews will be working at the Cemetery for several days.

Clevenger reminds residents to be safe while cleaning up the mess and says to be careful around trees that have loose limbs up high, as any type of wind may cause them to fall.  Also, while cutting up trees that have a big root bulb, watch out for the base to slingshot straight up once the weight is removed from the base of the tree.

The City reminds residents to not pile up limbs on the street, limbs from private property are the responsibility of the private landowners.

Giants run past Broncos in final season game of RSYAFL