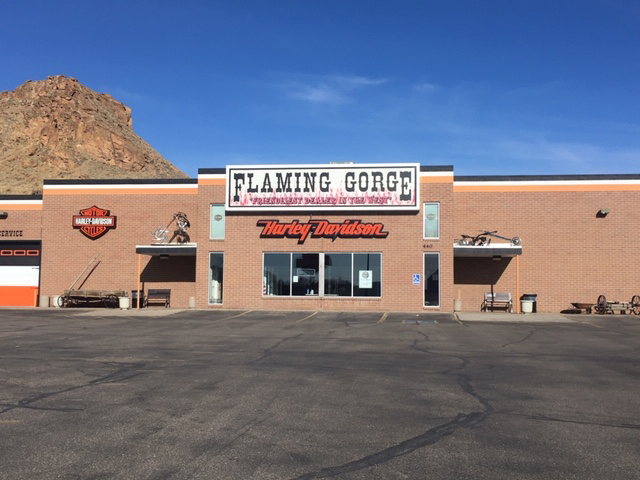 GREEN RIVER, WYOMING (April 28, 2020) — On Tuesday, April 28, Flaming Gorge Harley Davidson in Green River continued normal operations after announcing on April 24, they would be back to normal hours. Their hours run Tuesday through Saturday, from 9 a.m. to 6 p.m.

Dennis Laughlin, Owner of Flaming Gorge Harley-Davidson, released a statement on their Facebook page about the closing of the store in Casper, and offered support to employees losing their jobs. The statement reads as follows:

It is very sad and disturbing to hear Oil City H-D is closing permanently. For all of our years in business, we have enjoyed a healthy competition as well as camaraderie. My heart goes out to the staff who now find themselves displaced during a very tough time in our shared history. I invite all of you to email me resumes if you would like. I also feel for the awesome riding community in Casper that this dealership helped build during its many years of operation. If you riders find yourself in a bind, we are only 3 1/2 hours away and will be happy to help you however we can.