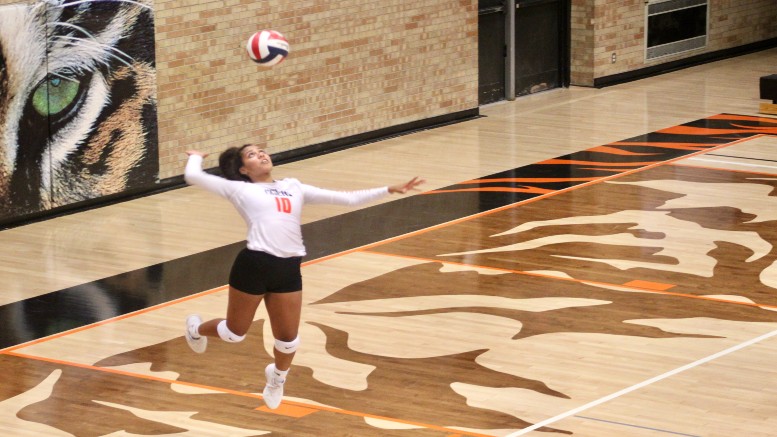 ROCK SPRINGS, WYOMING (September 11, 2020) – The Rock Springs High School volleyball team brought out the brooms in a sweep against their cross-county rival Green River High School at home on Thursday, defeating the Wolves by double digits in each set (25-15, 25-7 and 25-14).

“We knew that it was going to be a tough game because Green River is a little new. They’re really young so their fundamentals aren’t the best right now. Playing games like that, you would think that it wouldn’t be difficult, but it’s actually more difficult to play against younger and inexperienced teams because you never know where the ball is going. It’s easier to play against teams that are pass, set, hit. It’s more difficult to play a game like that.

“I’m so proud of the level my girls came out at. They played at their level that we’ve been playing, which is really exciting. We focused on what was going on on our side of the court.”

Green River came out tough in the opening set, controlling the games lead for the first few possessions. Rock Springs then took a 6-5 lead and never looked back.

According to Pyer, the first set has been a weakness of the Tigers so far this season, but she was proud about how her team kept their composure to pull out the victory in their first real home game of the regular season.

The second set was a different story. The Tigers opened up on a 8-0 run before Green River head coach Rikki Shantz decided to use a timeout to talk things over.

The damage was done and the hole was too deep to climb out of, however. The Tigers ended the set on a 17-7 run to take a 2-0 lead in the matchup.

“I think they came out a little slow compared to the second set, but they were still doing what we needed them to. In that second set, all of the jitters were gone. It wasn’t technically our first home game because we had that tournament, but it was pretty much our first home game. Tournament play is a little different. Against Green River, it’s always a different kind of game. The first game jitters were out and they came out in the second set and just did what they needed to do,” Pyer said. 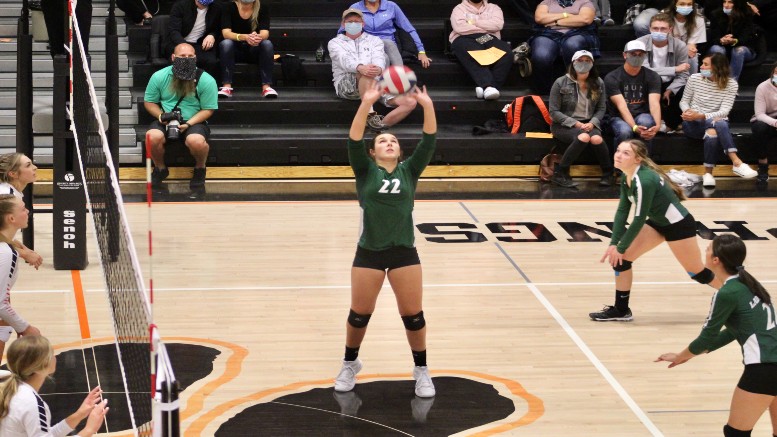 Green River’s energy was better in the third set, keeping it a four-point game late. But the power of the Tigers offense was too much for the Wolves to contain. After the Wolves made it an 18-14 game in favor of the Tigers, Rock Springs ended the set on a 7-0 run to secure the victory.

With the win, the Tigers improved to 3-3 on the season. The Wolves remain winless with a record of 0-5.

Rock Springs senior Emily Pollastro led the Tigers in assists with 19. She also had five digs and four kills in the victory. Junior Brenli Jenkins had eight kills, seven assists and six digs. Junior Kamrynn James had seven aces to lead the Tigers, along with five kills. Senior Jenna Randall led the team in digs with 11.

So far this season, the Tigers have yet to pull together a string of wins. With another home game against Evanston scheduled for Tuesday, Sept. 15, at 6 p.m., Pyer knows exactly what the Tigers need to do to grab the victory. 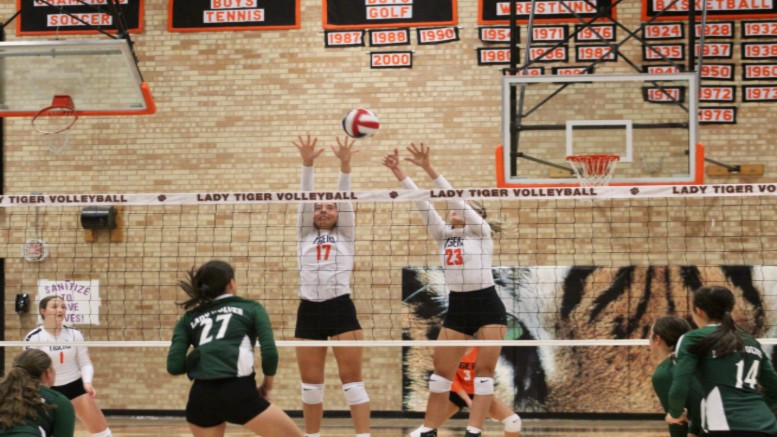 “(Evanston) is pretty middle heavy. They like to run their middles, so that’s been something we’ve been really focusing on. We want to block their middles. They run a quick middle so the timing on our blocking and making sure we’re there with the setters. If we can block them and be effective blocking wise then we should pull out a win,” she said.

Green River will return to the hardwood on Saturday, Sept. 19, at 2 p.m. when they travel to Casper to take on Natrona County High School.