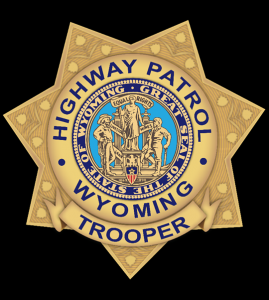 PRESS RELEASE, WYOMING HIGHWAY PATROL — On July 14, 2020, at approximately 6:49 a.m. Highway Patrol Troopers were dispatched to a fatal crash that occurred around milepost 27 on Highway 26 near Fort Laramie, Wyoming.

One of the vehicles involved was a 2008 Toyota Rav 4. The Toyota was traveling west on Highway 26 and came upon a 1998 Ford Taurus stopped along the side of the roadway. The driver of the Toyota moved partially into the eastbound lane to drive around the stopped Ford. For reasons unknown, the driver of the Ford attempted a U-Turn in the roadway as the Toyota began to pass by, causing both vehicles to collide.

The driver of the Ford has been identified as 32-year-old Fort Laramie resident Amanda Wilhelm. Wilhelm was wearing a seat belt but succumbed to her injuries at the scene of the crash.

The driver of the Toyota has been identified as 48-year-old Torrington resident Evan Brooks. Brooks was wearing his seat belt and transported to the Community Hospital of Torrington for his injuries.

Driver inattention and cell phone use by Wilhelm is being investigated as possible contributing factors.