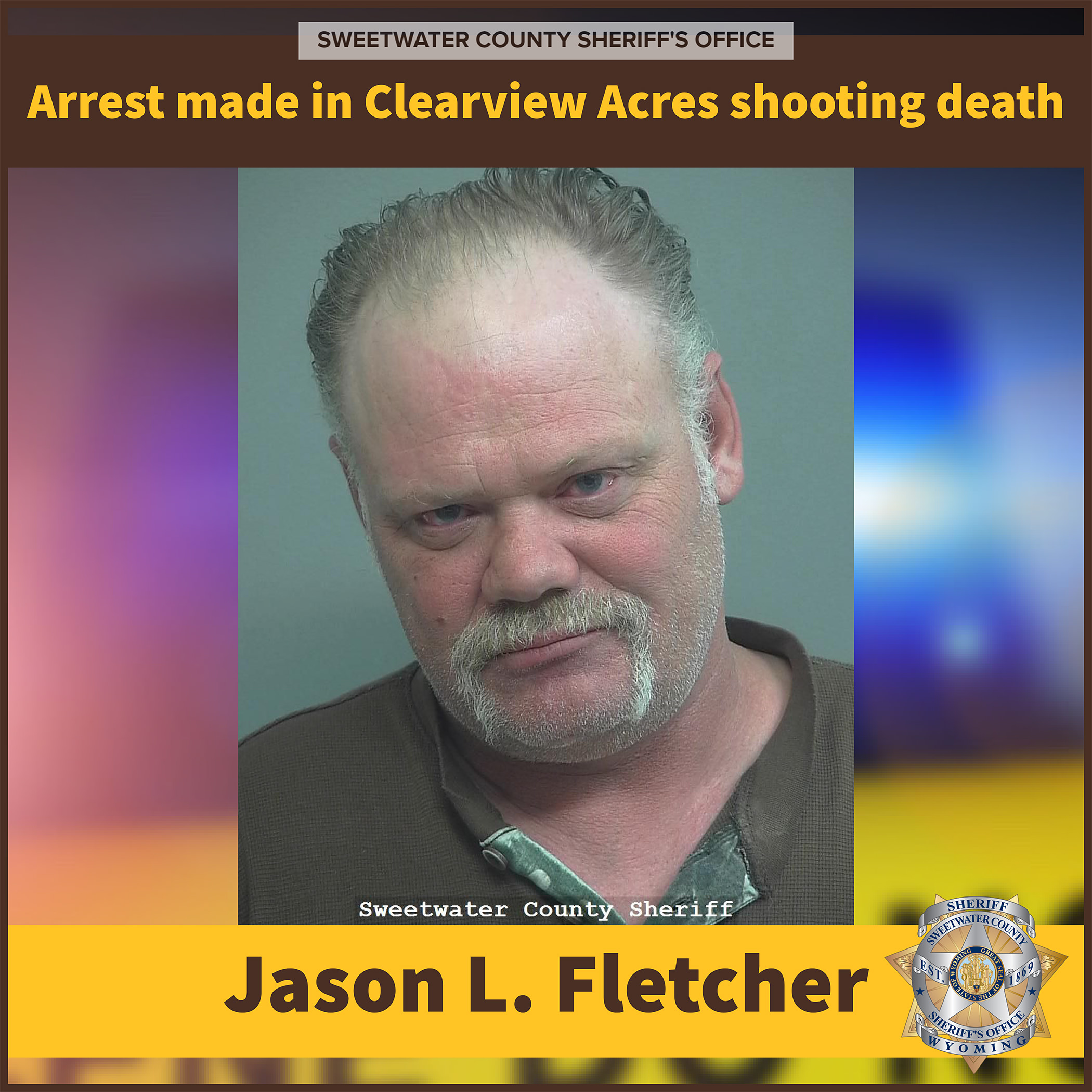 SWEETWATER COUNTY, WYOMING (October 23, 2020) — Sweetwater County Sheriff’s Office today confirmed that an arrest has been made in connection to the shooting death of a Rock Springs woman earlier this year.

Lena Lynn Fletcher, 46, of Rock Springs, was shot to death in her home on June 29.

On arrival to the residence, located in the 100 block of Steamboat Drive in the unincorporated neighborhood of Clearview Acres west of Rock Springs, deputies witnessed Fletcher’s husband, Jason Lee Fletcher, 45, also of Rock Springs, straddled over the top of his wife’s body holding a towel over a gunshot wound to her neck.

Lena Fletcher was pronounced deceased at the scene. Her husband initially claimed that she either accidentally or purposely shot herself with a loaded revolver after a night of heavy drinking. A forensic pathologist later ruled Lena’s death a homicide.

Through the course of the months-long investigation, sheriff’s detectives ultimately uncovered several more pieces of forensic and ballistic evidence contrary to her husband’s claim that Lena’s fatal injuries were the result of a self-inflicted gunshot wound.

A bench warrant was issued for Jason Fletcher’s arrest earlier this morning, and sheriff’s detectives arrested him this afternoon without incident.

Fletcher is charged with involuntary manslaughter, which in Wyoming is a felony punishable by imprisonment for up to 20 years. Fletcher remains in custody at the Sweetwater County Detention Center awaiting his initial appearance in court.

The dedicated men and women of Sweetwater County Sheriff’s Office thank the community for their continued support, and remind everyone that all persons are presumed innocent until proven guilty in accordance with law.