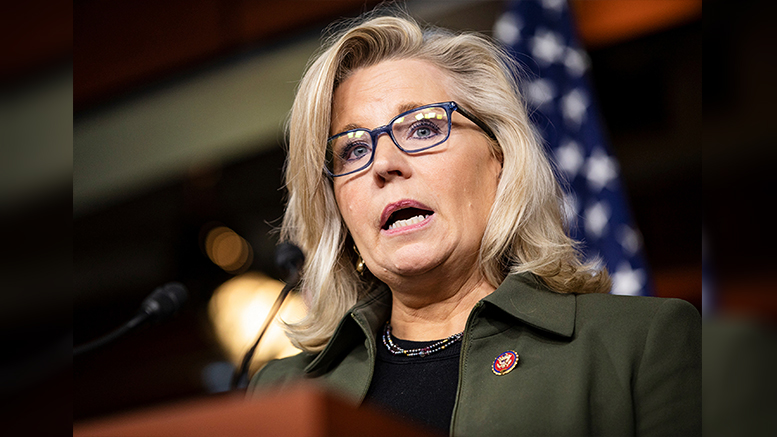 The resolution stated, “Members of the U.S. House of Representatives are elected to represent the will, the values, and the stated preferences of the people of their congressional district.”

It continued by stating, “Representative Cheney ignored and violated caucus rules by disclosing her intent to join the Democrat Party’s proposed move to vote for impeachment to the media prior to having any evidence presented to the body.

“Representative Cheney did vote in favor of the impeachment of President Donald J. Trump despite the lack of any formal hearing being held, evidence being presented, witnesses being sworn to testify, or accusers being questioned.”

The resolution went on by adding that voters in Wyoming went to the polling locations in November and “expressed their will, their values, and their stated preferences in re-electing President Donald J. Trump by a larger margin, and in greater numbers, than those who re-elected Representative Cheney.”

The Carbon County Republican Party called on Representative Liz Cheney to appear before at its next meeting to explain her actions.

The letter of resolution was sent to Cheney and was asked appear on Saturday, Feb. 6, before the State Central Committee of the Wyoming Republican Party.

“Representative Cheney violated the trust of her voters, failed to faithfully represent a very large majority of motivated Wyoming voters, and neglected her duty to represent the party and the will of the people who elected her to represent them.”

Read the full resolution below. 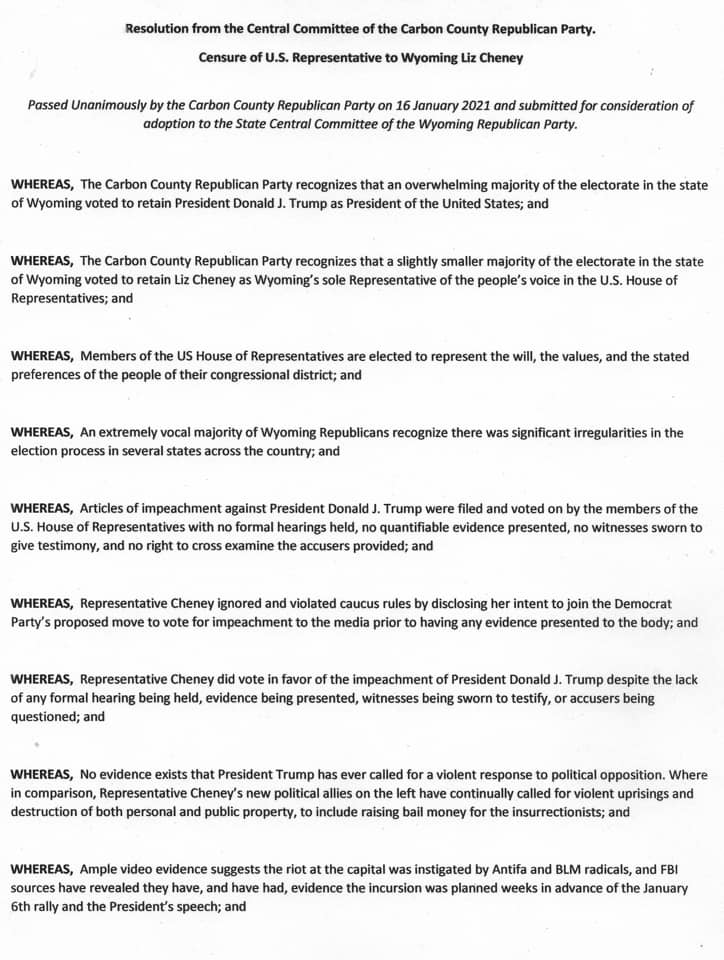 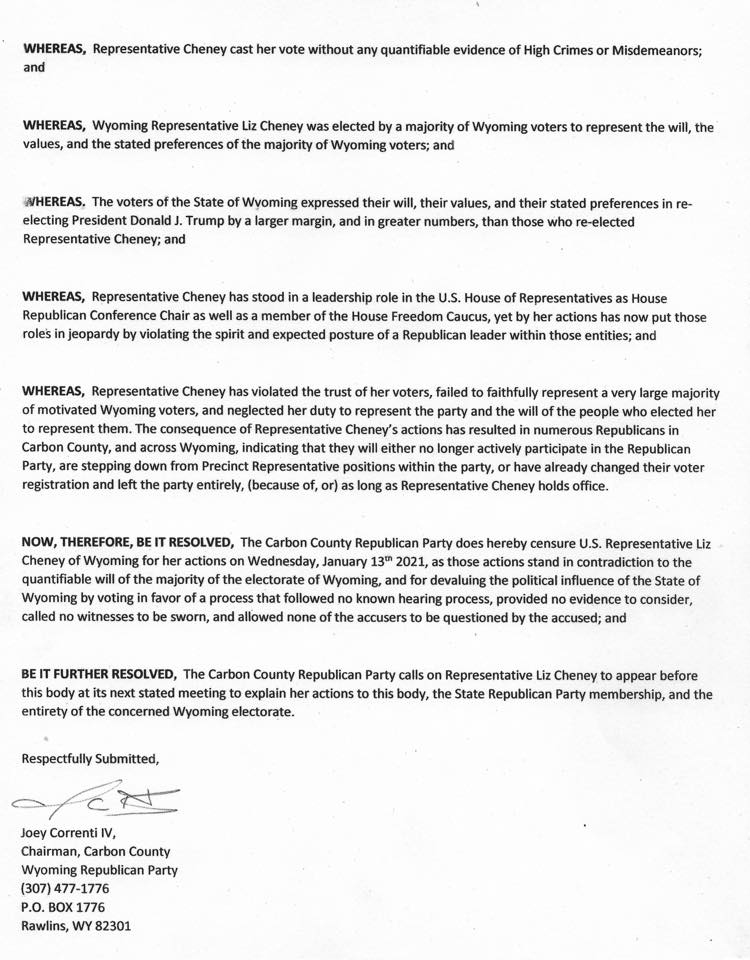