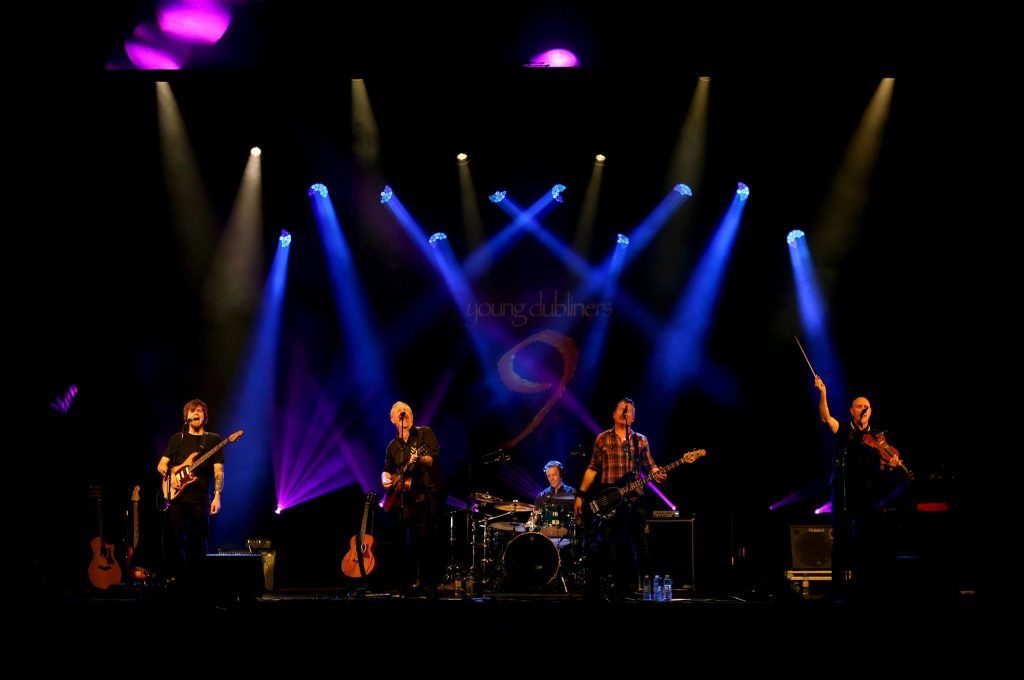 Fourth-generation singer/songwriter and Limerick native, Siobhan O’Brien will be the opener. Fans of Joan Baez, Brandi Carlisle, and Joni Mitchell will appreciate her indie/folk musical style and enjoy songs like “You Can’t Run Out of Love” and “Hold Me In Your Arms.”

The Young Dubliners were formed in 1988 by Lead singer/guitarist, Keith Roberts and Paul O’Toole, both originally from Dublin and living in Los Angeles.

The band has released eight albums of original material and one Irish song cover album. Their most recent album, Nine (alternately titled Naoí), was released worldwide on March 2014.

In recent years the Young Dubs has appeared on ABC’s Jimmy Kimmel Live!, had songs featured in TV shows (Sons Of Anarchy, Human Target) and toured extensively as a headliner and as the opener for such a diverse list of artists as Collective Soul, Jethro Tull, Johnny Lang, Los Lobos, Chris Isaak and many more.

Although the Young Dubliners sound is most commonly called ‘Celtic Rock’, that label, as labels can often be, is misleading. The Irish influence is there, certainly, but it’s not the only influence that rears its head on their albums, or in live shows. After all, several of the band members have no Irish roots of any kind.

“That was always the idea”, Roberts said. “The sound was always intended to be a hybrid because we all come from different backgrounds.”

He went on to say, “Even though two of us are from Ireland, a lot of the music we listened to growing up wasn’t Irish at all, but when we got here, we got homesick and developed a new appreciation for Irish Music.”