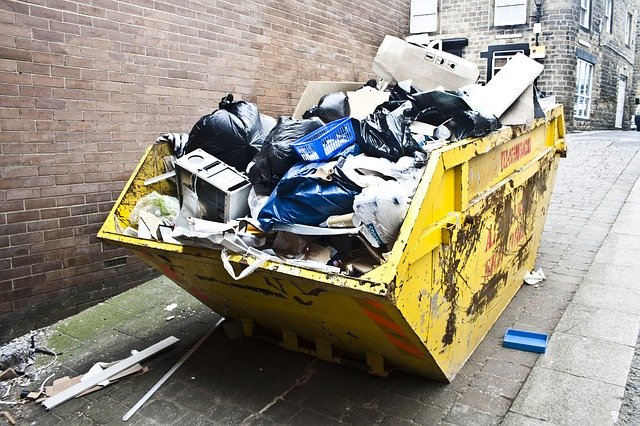 Michelle Foote presented on a number of topics related to Wyoming Waste Systems last night, including a new commingle compactor, which can handle both trash and recyclables, being installed at the Green River transfer station. With the installation of this compactor came a number of guidelines Foote laid out for proper recycling protocol.

It was after this presentation when Mayor Pete Rust opened the meeting up for public comments.

An unidentified Green River man, originally concerned with the process of recycling, became argumentative and ill-mannered when he felt his concerns were not being addressed properly.

A short, heated verbal altercation between the resident and both Foote and Mayor Rust occurred. Councilman Gary Killpack recommended to Mayor Rust that the man be removed from the meeting. Rust concurred, and the man was escorted out of the building.

“We understand your concerns, but there is no need to be argumentative,” Mayor Rust told the Green River resident prior to him being escorted out of the building.

After the man was escorted out, Rust and Foote collaborated more about how to properly handle the new recycling program, which includes sticker warnings for violations of proper recycling protocol.

Another resident, Nina Tyler of Mansface Terrace Housing, expressed her concerns with Wyoming Waste Systems in a much more civil manner.

Tyler, who operates Mansface Terrace Housing, expressed that she has run into issues with a lack of consistency in services from Wyoming Waste Systems.

While she did claim that the customer service side of Wyoming Waste is, “very friendly and professional”, she raised concerns about her tenants being properly serviced to Foote.

“Who would have thought trash would cause such an argument,” Councilman Killpack later commented.