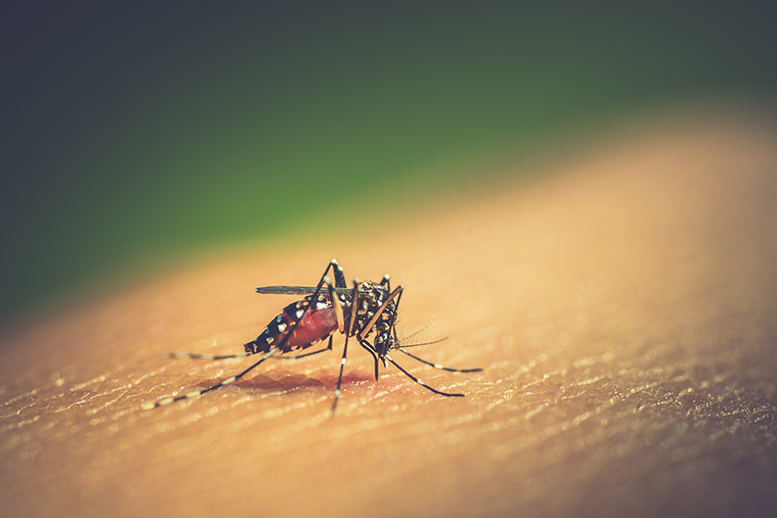 ROCK SPRINGS, WYOMING (July 1, 2020) — The City of Rock Springs is scheduled to begin its mosquito abatement program. Over the next few weeks, City personnel will be spraying in areas of the city using a truck-mounted aerosol sprayer.

Spraying will be conducted between Sunday, July 5, and Friday, July 10, in the following areas:

Further spraying needs will be evaluated throughout the summer.

The project uses a spray formulation that contains the pesticide product Biomist to control the mosquitoes. The active ingredient in Biomist is permethrin, a second-generation synthetic pyrethroid that is classified as a slightly toxic pesticide by the EPA. These insecticidal compounds are either harvested directly from or based upon substances in the chrysanthemum plant. Mosquito control applications of permethrin do not pose a significant risk to people or pets due to the low toxicity of the spray and small amount used to control mosquitoes. As with any pesticide, people and pets should minimize exposure. If residents see the spray truck next to their yards, they are advised to go indoors, close windows, and turn off cooling units for a few minutes while the spray dissipates.

This project is part of an overall effort to control mosquitoes in the City of Rock Springs. In June, Altosid XR larvacide pellets containing methoprene were put into the stagnant water areas of the Bitter Creek and Killpecker Creek through town. Altosid XR larvacide pellets were also placed in some of the ponds at the White Mountain Golf Course and in the City flood detention ponds. Altosid attacks the mosquito larvae as it develops and prevents it from reaching adulthood and interrupting the growth cycle and lasts approximately 150 days.

While enjoying activities or working outdoors during Wyoming’s warmer months, residents should avoid mosquitos because they can spread potentially serious diseases, according to the Wyoming Department of Health. Mosquitos spread the West Nile virus (WNV) when they feed on infected birds and then bite people, animals, and other birds.

The “5 D’s” of West Nile virus prevention include:

WNV activity is tough to predict. In Wyoming last year, there were four human WNV cases, but no deaths were reported. Since WNV first appeared in Wyoming in 2002, reported human cases each year have ranged from two with no deaths to 393 and nine deaths.

More information on the West Nile virus is available at http://www.health.wyo.gov/phsd/skeeter/index.html. Questions about the Rock Springs mosquito control project may be directed to Rock Springs Fire Chief Jim Wamsley at 352-1475.