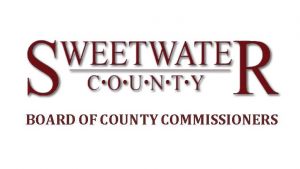 Sweetwater County, Wyoming — The Sweetwater County Board of County Commissioners offered a piece of advice to the cities, towns and outside entities that wish to have the Special Purpose Tax on the next ballot: starting this process begins with first coming to the commission with a formal request.

This request comes in response to the recent meeting organized last week to discuss Special Purpose Tax projects the county’s cities, towns and outside agencies would like to see funded. Included in that meeting was the total cost of all these proposed projects, which came to almost $228 million, Commissioner Lauren Schoenfeld informed her fellow commissioners during regular session Sept. 3.

The commissioners are not confident the county residents would approve such an amount.

“We need to be fiscally responsible about what we ask for,” Commissioner Chairman Wally Johnson said. He thought $80 million would be a more likely total tax amount and one that would be better received by the public.

Johnson also noted that communities need to approach the commissioners with their requests before this ball can get rolling. Schoenfeld, who represented the county at the most recent meeting, said she informed the communities and outside entities of that and told them they needed to consider time limits — to get projects done and the length of time they wish the tax to be on.

Commissioner Roy Lloyd said residents ultimately decide for or against the Special Purpose Tax, and he did not believe the people would support a $228 million tax that would take more than a decade to pay off. He asked the cities, towns, and outside agencies to hedge that figure back a bit so the tax would have a chance of passing.

Commissioner Jeff Smith agreed with his fellow commissioners, saying he is not opposed to the 6th penny tax but more discussion is needed.

Commissioner Randy Wendling pointed out many of the proposed requests were for high-dollar infrastructure projects. He believes this is a direct result of the state’s refusal to give cities and towns assistance in direct distribution money.

He said the $228 million proposed project total is “astonishing.”

Wendling noted there are not any easy answers to the funding problem; with that in mind, cities and towns need to take a hard look at their fee structures to see where more revenue could be generated, he said.

Wendling also had stern words for state legislators giving the lion’s share of the state’s rainy day money to the University of Wyoming. He said they should share out that money equally.