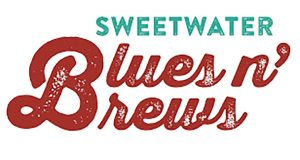 Performers scheduled to play their own unique styles of blues music this year will be the Will Baxter Band, Sin City Screamers, WY5, Lionel Young Band and Skylla Burrell Band.

Twenty-five different brewing companies will be at the event, including Rock Springs’ own Square State Brewing and brewers from places like Jackson Hole, Lander, Seattle and many more.

Beer tickets cost $5 each or five for $20, or you can buy a commemorative pint glass for $20 and get three beer tickets.

For those who don’t plan on drinking, sign up for the designated driver package sponsored by Memorial Hospital of Sweetwater County, to receive a T-shirt, free admission, tickets for non-alcoholic beverages and special swag. Call 307-352-1434 to sign up.

Sweetwater Blues n’ Brews is hosted by the Rock Springs Main Street/Urban Renewal Agency with support from Young and Professional Group and the Sweetwater County Joint Travel and Tourism Board.