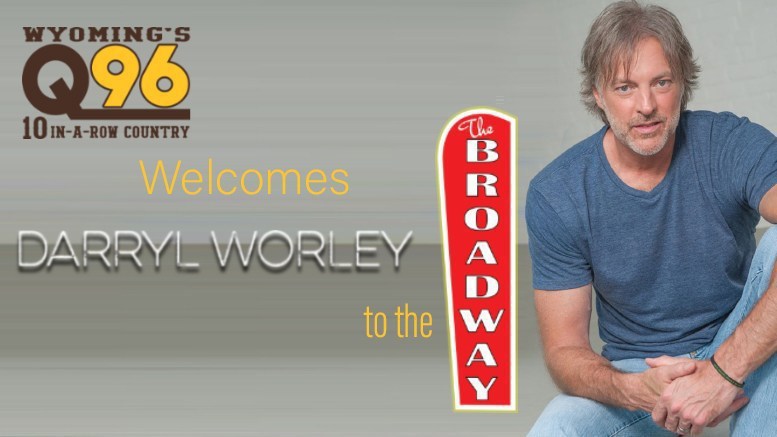 Country artist Darryl Worley is set to play an intimate acoustic set at the Broadway Theater in Rock Springs this Friday night. Doors open at 6:00 pm for the general public and 5:30 pm for annual members of the Friends of the Broadway. WyoRadio’s Q96 (KQSW-FM) is the welcoming radio station to the event.

Tickets include daily membership to the Friends of the Broadway Social Club. Beer and wine will be available at the show.