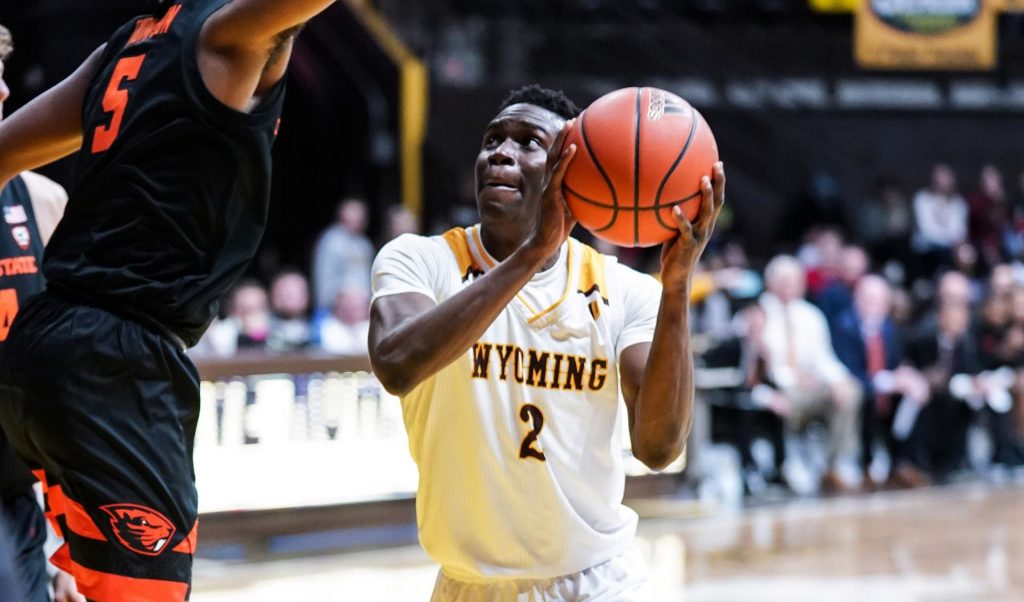 It is the first meeting between the two schools since the 2001 season.

The contest is the campus portion of the MGM Main Event, which will be played next week in T-Mobile Arena in Las Vegas.

For more information regarding tickets for Saturday’s game, visit GoWyo.com/Tickets; email [email protected]; call 307-766-7220, or stop by the UW Athletics Ticket Office on the west side of the Arena-Auditorium located on Willett Drive.

A Look at the Matchup

Wyoming heads into Tuesday’s contest with a 1-3 overall record after falling to Pac-12 foe Oregon State on Saturday. Wyoming is allowing 62.2 points per game on the season, which ranks third in the MW Conference.

The Pokes are shooting 39 percent from the field, while opponents are shooting 41 percent. The Pokes went 18-of-20 from the line against Oregon State, shooting 70 percent this season.

The Titans head to Laramie with a 0-2 record after falling to Clemson by a score of 87-65 on Sunday. Detroit Mercy opened the season with an 84-65 loss to North Carolina State.

The Pokes are led in scoring, rebounding and assists by redshirt sophomore guard Hunter Maldonado. He is adding 18.8 points per game with 5.3 rebounds and 1.5 assists per game. He is fourth in the Mountain West in scoring this season. He has been strong for the Pokes getting to the free-throw line with 23 makes for the season to rank third in MW. Senior guard Jake Hendricks is adding 6.5 points per game with a team-high five three-pointers.

The Titans are led by Antoine Davis, as the third-leading scorer in the nation from last season is adding 27 points per game this season. Last season, Davis Connected on an NCAA freshman record of 132 three-pointers breaking the mark held by Stephen Curry. Forward Justin Miller averages 11 points per game and eight rebounds to lead the team.

Wyoming and Detroit Mercy will meet for the fourth time on Tuesday evening. Wyoming trails the all-time series 1-2.

The home team has won every game of the series.

Wyoming hosts Louisiana on Thursday at 7 p.m. in the Arena-Auditorium in the final campus contest of the MGM Main Event.