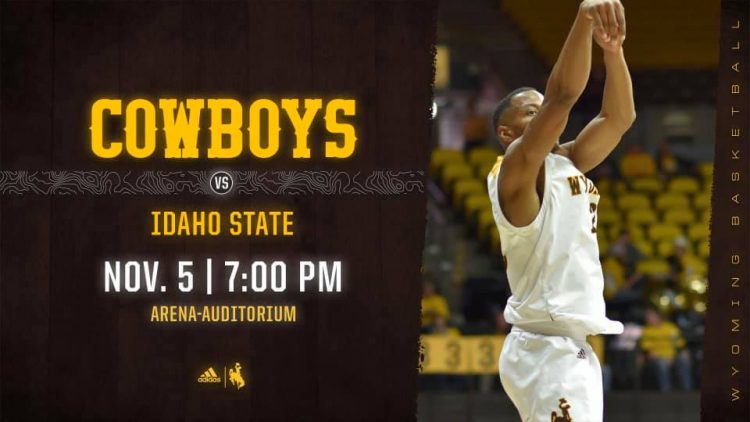 LARAMIE, WYOMING (Nov. 5, 2019) – The Wyoming Cowboy basketball team looks to get off to a fast and successful start to the 2019/20 season tonight when they host Idaho State in the Arena Auditorium.  The game will be broadcast on WyoRadio’s 99.7 JACK FM and streamed at 99KSIT.com beginning at 6:30 p.m. with tip-off at 7 p.m.

Wyoming is coming off a season in which they finished with an 8-24 record (4-14 in the Mountain West). They also head into the new season without last year’s leading scorer, Justin James (22 points per game) who is now playing with the Sacramento Kings in the NBA.

Idaho State finished last year with an 11-19 mark (7-13 in the Big Sky) and return three starters. The Bengals defeated Eastern Oregon by a score of 78-53 in one exhibition game and also downed Montana Tech 62-52.

Wyoming holds a 13-7 lead in the all-time series against Idaho State.