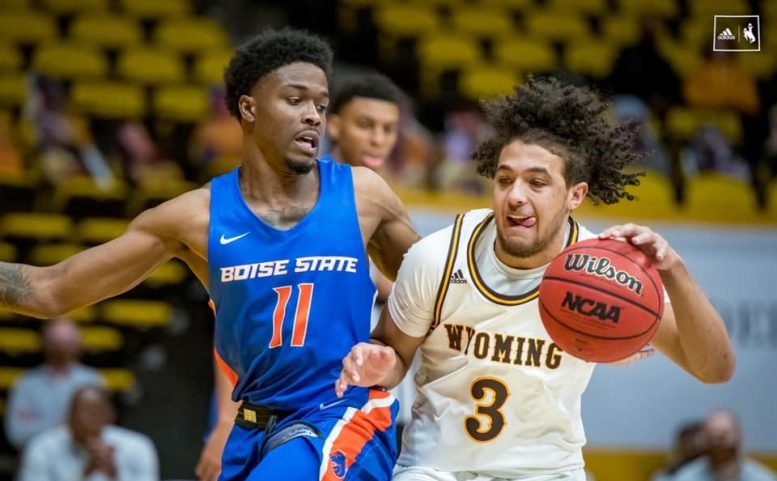 January 14, 2021 — On Wednesday night, both the Boise State Broncs men’s and women’s basketball team sweep their two-game series against the Wyoming Cowboys and Cowgirls. The Cowboys lost at home 90-70 while the Cowgirls lost another tight road game to the Broncos, 68-62.

Wyoming Cowboys/Boise State: The Wyoming Cowboys could not slow down the high-paced offense of the Boise State Broncos, falling 90-70. The Pokes fall to 7-4 overall and 1-3 in the conference. The loss was the third straight for the Pokes. The Broncos, winning their school-record twelfth straight game, moved to a league-leading 8-0 in the MW and 12-1 overall.

“I thought our response was tremendous tonight,” Linder said. “To only have seven players available and to not have a post player tonight even when we got down, I thought the kids really competed.”

The Pokes were led by junior Hunter Maldonado with 17 points. He also added nine rebounds for the Pokes and three assists. Freshman Marcus Williams added 13 points off the bench, with fellow freshman Jeremiah Oden adding 10 points.

The Cowboys will are back in action on Saturday and again Monday at the Air Force Academy. Saturday’s game is at 2 p.m. and will be broadcast on WyoRadio’s 99.7 JACK-FM and streamed at 99KSIT.com.

“We had some shots that didn’t go in, and to their credit, they made some plays and ran some sets that got them a couple baskets,” said Head Coach Gerald Mattinson postgame.“I’m really happy with what we did and the way we played on the offensive end. We had a lot of good, open looks. We left some points on the table.”

Sanchez Ramos led the Cowgirls with 17 points. McKinley Bradshaw provided another spark of the bench with 14 points. Dagny Davidsdottir chipped in with 12 points to go along with six boards and a steal.

The Cowgirls will host Air Force Saturday and Monday. Saturday’s game is set for a 2 p.m. tip, while Monday’s contest will be at 6:30. Both games will be broadcast on WyoRadio’s 1360-AM/103.5-FM KRKK and streamed at 1360KRKK.com.