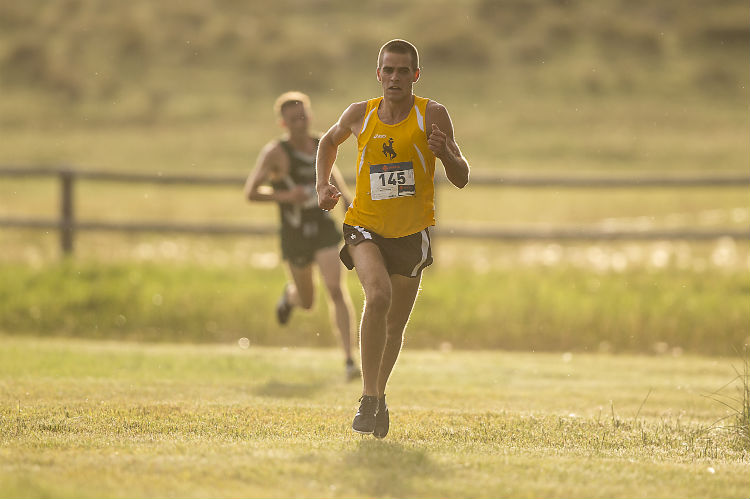 SOUTH BEND, IN. (September 28, 2018) – A pair of Cowboys placed among the top 10 finishers out of a field of more than 140 runners at the Joe Piane Notre Dame Invitational to lead Wyoming’s Cross Country Team to a second-place finish with 105 points. The Cowboys finished ahead of host-school Notre Dame and nationally-ranked No. 28 Furman.

For the second time in as many meets junior Paul Roberts led the way for the Cowboys as the CSU-Pueblo transfer finished the five-mile course third overall with a time of 23:44.7. Junior Christopher Henry joined Roberts in the top 10 with an eighth-place finish as he crossed the line at Burke Golf Course in 24:05.5.

“Paul and Chris put themselves in that front group about halfway through the race and kept pressing and mixing it up with some really good guys around the nation,” Dahlberg said.

Roberts was just 1.7 seconds off the race-winner, 2017 All-American Connor McMillan out of BYU. The number two ranked BYU Cougars finished first overall as a team with 23 points.

The Cowboys return to the course on Saturday, October 13th when they travel to Madison, Wis., for the Pre-Nationals race.