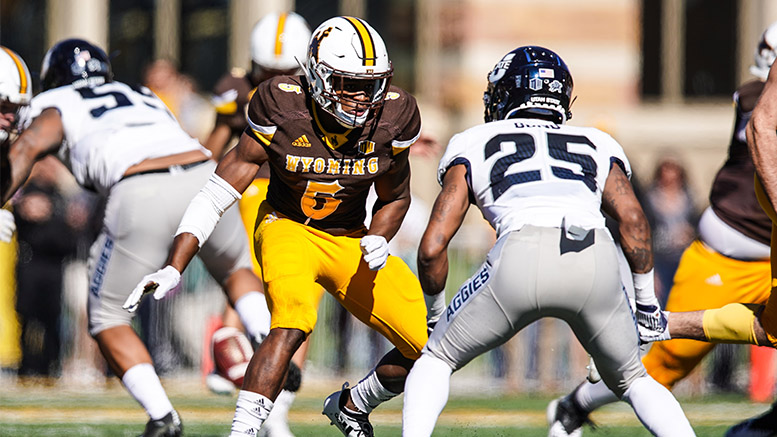 LARAMIE, WYOMING (November 16, 2020) – The Wyoming Cowboys will return to Jonah Field at War Memorial Stadium on Thursday night to host one of their oldest rivals in the Utah State Aggies.  The game is scheduled to kick off at 7 p.m., Mountain Time and will be the 71st meeting between the two schools.

Wyoming (1-2 on the season) had an unexpected week off last week when its home game scheduled for Saturday, Nov. 14 versus Air Force was cancelled due to increased COVID-19 numbers at the Air Force Academy and within the Air Force football program.  Utah State (0-4 for the 2020 season) lost at home last Saturday to Fresno State by a score of 16-35.

The Cowboys enter this week’s game looking to continue the home success they have enjoyed since the beginning of the 2016 season.  Over the past five seasons, the Pokes have posted a 21-6 (.778) home record.  Beginning with the last two home games of the 2018 season, Wyoming has won its last nine consecutive home games, which ties UW for the nation’s 10th longest home winning streak.