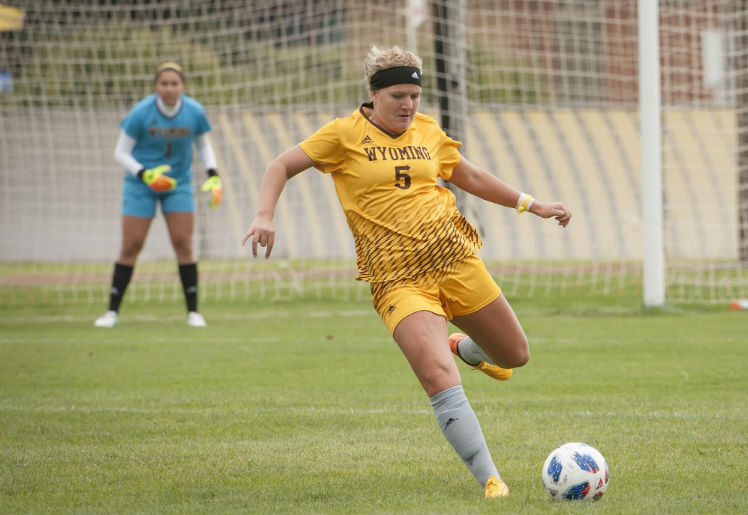 Fresno State got an early look at the goal in the seventh minute with a shot by Megan Amick but it would sail high. The Cowgirls had a number of chances including a header by Taylor Burton at the 18:19 mark that required a one handed save by Nicole Theroux. Around the 29th minute, the Bulldogs had another flurry of shots with two of them going wide and one blocked. Wyoming continued to have opportunities down the stretch in the first half with five looks at the goal in the final seven minutes. Unfortunately, they couldn’t connect and it would be 0-0 at the half. UW had ten shots compared to five by Fresno State.

Each team had two early shots out of the break, but again none of them connected. Around the 60 minute mark, Fresno State got aggressive and really pushed the pace. They would record five of the next six shots over ten minutes. Again, neither team had any luck getting it past either goalkeeper. Despite being outshot 9-4 in the half, the Cowgirls would head in to overtime still tied with the Bulldogs 0-0.

It was a fairly quiet ten minutes in the first overtime. Wyoming had two chances by Brittney Stark and Caitlin Pickett which were both saved by Theroux. Fresno State had a couple looks as well, but neither were successful. The next ten minutes proved to be unsuccessful for either squad to get a score and the game ended in a 0-0 tie after 110 minutes.

Wyoming returns to the pitch on Sunday against the San Jose State Spartans in San Jose.