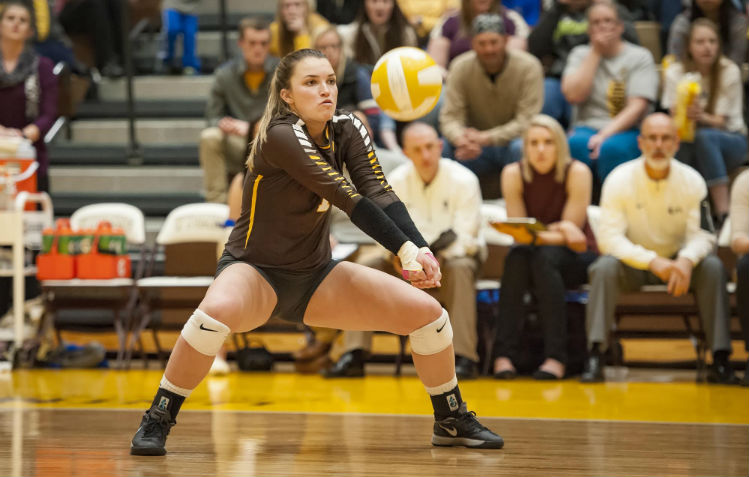 Fresno, CA The Wyoming volleyball team came up short in their third MW match of the season Thursday night, falling 3-1 to Fresno State on the road at the Save Mart Center.

The Cowgirls (10-5, 2-1 MW) were led offensively by senior Emily Lewis, who overcame a difficult first set to record 14 kills on a .214 hitting percentage, along with 14 digs to capture the fifth double-double of her career and first of the season. Junior Halie McArdle also posted double-digit kills with 12 on a .241 clip. Setters Cori Aafedt and Marissa Hines each eclipsed the 20-assist mark, with Aafedt totaling 23 and Hines adding a career-high 20.

Wyoming recorded 11 blocks as a team on the night, led by sophomore Jackie McBride with seven and followed by junior Tara Traphagan with five.

The Cowgirls will look to get back on track this Saturday at 7 p.m. as they head south to San Diego State.