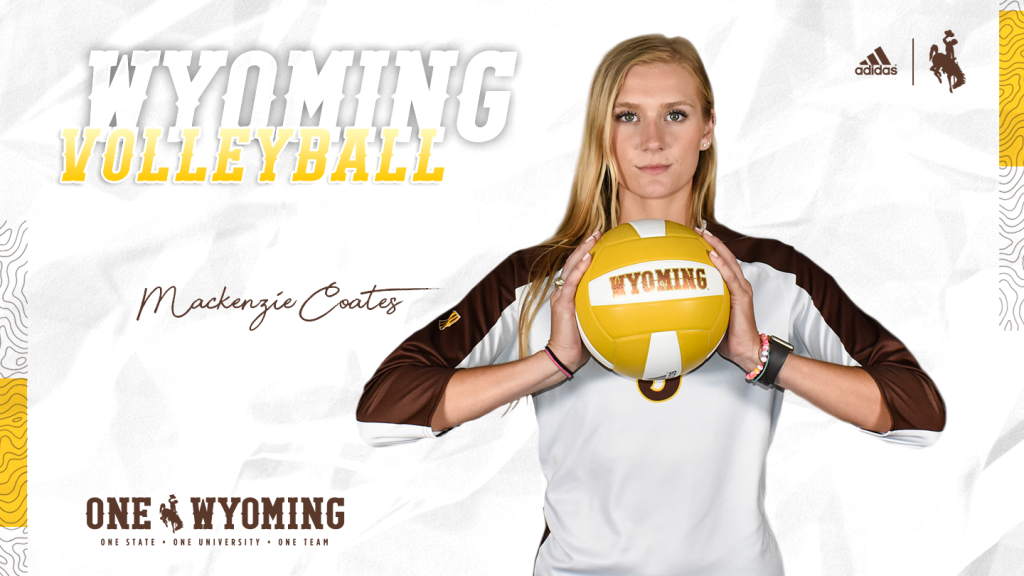 Laramie, Wyo. (May 15, 2019) – The Wyoming Cowgirl volleyball team has signed setter Mackenzie Coates, head coach Chad Callihan announced Wednesday. Coates will transfer to UW prior to the beginning of the 2019 fall season.

“We are excited to welcome Mackenzie to our program,” Callihan said. “She is a competitor, which is something our staff is placing more value on at the setting position.  Mackenzie has battled through some injuries her first two seasons but feels healthy now and we look forward to having her compete in our gym every day. She understands the work that goes into college athletics and I think it will be nice for her to share her experiences as a student-athlete with our current players.”

Coates comes to Laramie following a two-year stint at Texas A&M-Corpus Christi where she played for the Islanders each of the 2017 and 2018 seasons.

Sidelined for much of the 2018 season due to injury, Coates appeared in 16 matches for the Islanders as a sophomore, including six starts on the year. The Buda, Texas, native compiled 154 assists, 41 digs, four blocks, 11 kills, and four service aces in her second collegiate season. She also recorded five matches with double-figure assists.

As a freshman in 2017, Coates appeared in eight sets over six matches and racked up 16 total assists, two digs, and two blocks.

As a newcomer for the 2019 season, Coates will join fellow transfer setter Kyra Slavik who joined the team in the spring, as well as fall 2018 signees Emersen Cyza, Erika Jones and Hailey Zuroske.