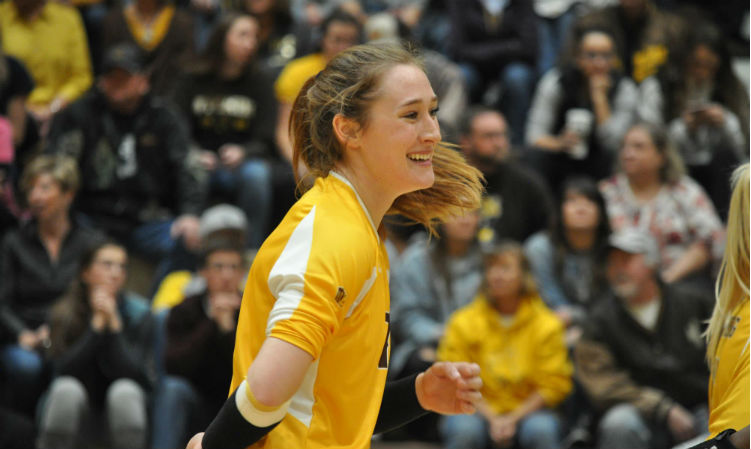 Laramie, WY – The Wyoming volleyball team earned its 10th home win in as many matches on Thursday night at the UniWyo Sports Complex, sweeping Utah State, 3-0.

“I thought we did some good things tonight,” head coach Chad Callihan said. “I particularly liked our defense. I think we picked up quite a few balls and did a pretty good job of establishing a block, and had several balls off the hands that just redirected and I thought we did a nice job with that. The offense showed good things at times I think we just need to be consistent night in and night out. We’ve got to be able to connect with our middles. If we can be a little more consistent I think they can be a force for us.”

The Cowgirls (13-6, 5-2 Pac-12) posted their highest hitting percentage since MW play began last month with a .386 mark, while holding the Aggies to a .049 percentage. The Lady Pokes nearly doubled up Utah State in kills, 49-25. Wyoming was led offensively by junior Tara Traphagan who recorded 13 kills on a stifling .684 hitting percentage.

“Our depth is one thing we have that most teams don’t,” Traphagan said. “We can score in all three positions with all different players. We’re so full of offensive assets, and not all teams have that. When everyone’s on it’s hard to stop us.”

The Cowgirls will be back in action Saturday at 1 p.m. when they host Boise State.