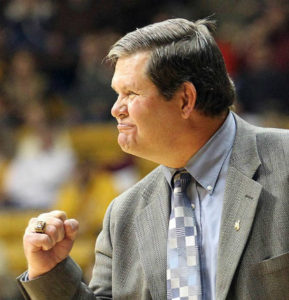 Wyoming girls head basketball Joe Legerski has been named the Mountain West Conference Coach of the Year. Â This is the second time Legerski has won the honor having received the awaard after the 2003-04 season.

This year he helped lead the Cowgirls to a 20-plus win season for the eighth time in his career and a program best 13 conference victories. Â He is the all-time winningest head coach in school history amassing Â 266 overall wins and 133 Moutain West Conference victories.

The Cowgirls open up play at the 2017 Mountain West Tournament on Tuesday against the winner of the Fresno State/Nevada game. Tip-off is set for 7 p.m. MT at the Thomas & Mack Center.