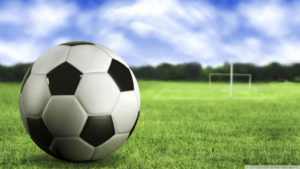 LARAMIE, Wyo.Â  â€“ After 110 minutes of hard-fought, physical soccer, neither the Cowgirls nor Bulldogs could find the net in a 0-0 draw on Friday afternoon at the Louis S. Madrid Sports Complex.

Wyoming exploded in the second half, primarily controlling the ball throughout the second frame. The Cowgirls put Fresno back on their heels, but came up empty.

â€œItâ€™s kind of the same tale we had last weekend, create a lot of opportunities, lot of great chances, but not finishingâ€ said Coach Pete Cuadrado. â€œWe just need someone to step up, be willing to take somebody on and put the ball in the net.â€

Wyoming went into overtime with the momentum on their side, but Fresno took the chances Wyoming gave them. The Bulldogs recorded three shots over both overtime periods.

Cuadrado voiced his frustration at the inability to capitalize on shots.

â€œYou canâ€™t create those types of opportunities and only come away with a point, so itâ€™s frustrating on our end,â€ he said. â€œItâ€™s only going to get harder from here. San Joseâ€™s a tough team. We know weâ€™ve got our hands full and we have to be willing to take care of every little play because you donâ€™t know the one thatâ€™s going to matter.â€

Fridayâ€™s match was Wyomingâ€™s fourth shutout of the season, and third credited to Rowntree. Junior defender Taylor Burton, along with Rowntree and senior defender Claire Parker, played all 110 minutes of action.

Wyoming will look for their first home conference victory against San Jose State this Sunday at 1 p.m. MT. The live stream will be available through GoWyo.com, and will also be available for viewing on the Mountain West Network at TheMW.com.Â Live stats are available at GoWyo.com. Follow the Cowgirls on Twitter (@WYOSOCCER) for live updates throughout the match.

Lake Hattie reopens to watercraft use