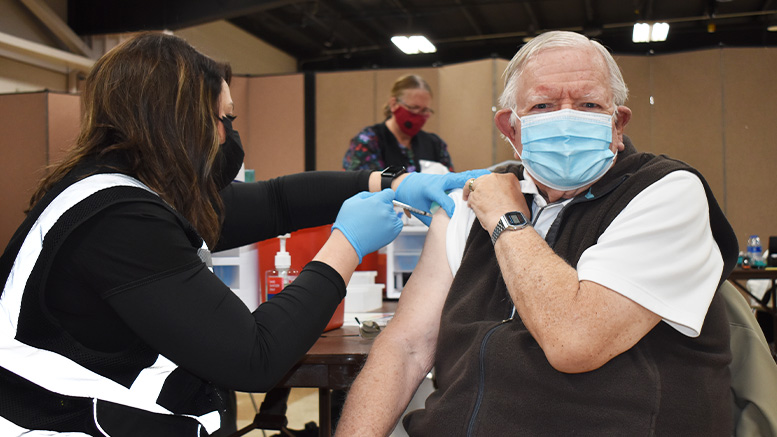 Stachon said that 12 counties in Wyoming have seen variant cases with Sweetwater County being one of them.

The two known variants in Sweetwater County are B.1.427 and B.1.429. Stachon said that the two variants have about a 20% increase in transmissibility, but that the death rate is not high consequence at this moment.

Symptoms of the variants will be similar to the COVID-19 virus, but the only way to know is through testing, Stachon acknowledged.

Stachon noted that the state was doing variant testing and that they are backlogged because a lot of counties, including Sweetwater County, were using Curative, which is a on-the-go testing service.

Stachon said that Memorial Hospital of Sweetwater County “may start sending more samples to the state health department to check for variants.”

“This is just the tip of the iceberg,” Stachon said of the COVID-19 variants.

She said that it has yet to be seen if the vaccination will prevent a variant of COVID-19, but noted that a “vaccination is better than no vaccination.”

As of March 31, Sweetwater County sits at 5.7% positivity rate with the state average being around 2%.

“Masking and distancing are still good practice,” she said.

The Memorial Hospital of Sweetwater County has 500 Moderna vaccines it plans to administer from 2-7 p.m. April 9 and 10 during a drive-thru clinic at the hospital’s main entrance. Those getting the vaccine must be 18 years old or older. Click here for more information.