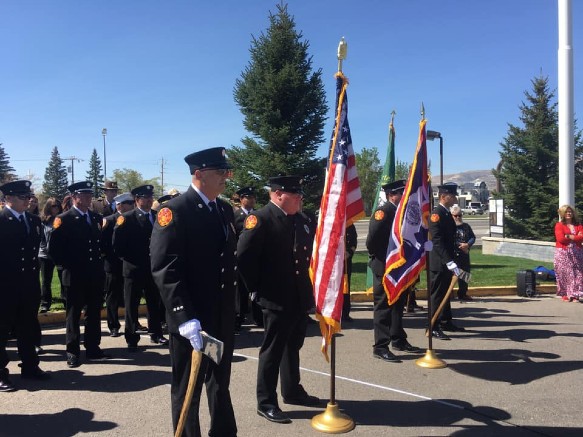 ROCK SPRINGS, WYOMING (September 11, 2020) – Rock Springs first responders and members of the community gathered around the Rotary Flagpole on the corner of Dewar Drive and Gateway Boulevard to honor and remember the lives that were lost on September 11, 2001.

“This was the single largest loss of lives of firefighters in the history of the United States. I believe of police officers as well. This is a day when we pull together to remember those who gave so much during those terrorist attacks,” said Rock Springs Fire Department Chief Jim Wamsley.

Wamsley added that 19th anniversary of the terrorist attacks is not just about mourning the loss of thousands of lives that were taken that frightful day.

“It’s about being vigilant. It’s about taking care of one another. It’s about working together for the progress of all us and all of our nation. We are, without a doubt, the greatest nation in the history of the world. We have our set of problems, but everyone does. We are still a great nation with great people. Part of being that great nation and continuing to be great people is working together for the betterment of us all,” he said.

“September 11 is a day of mourning. We pause to mourn those who have been lost in the line of duty. But we also reflect on our nation and we reflect on our better selves. I think it is a good day to consider what our future should look like and how we can best help each other.

“Individually, we’re just individuals. But together, we’re a force to be reckoned with.” 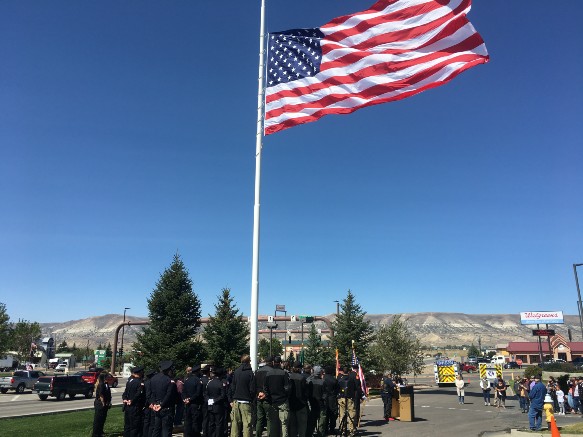