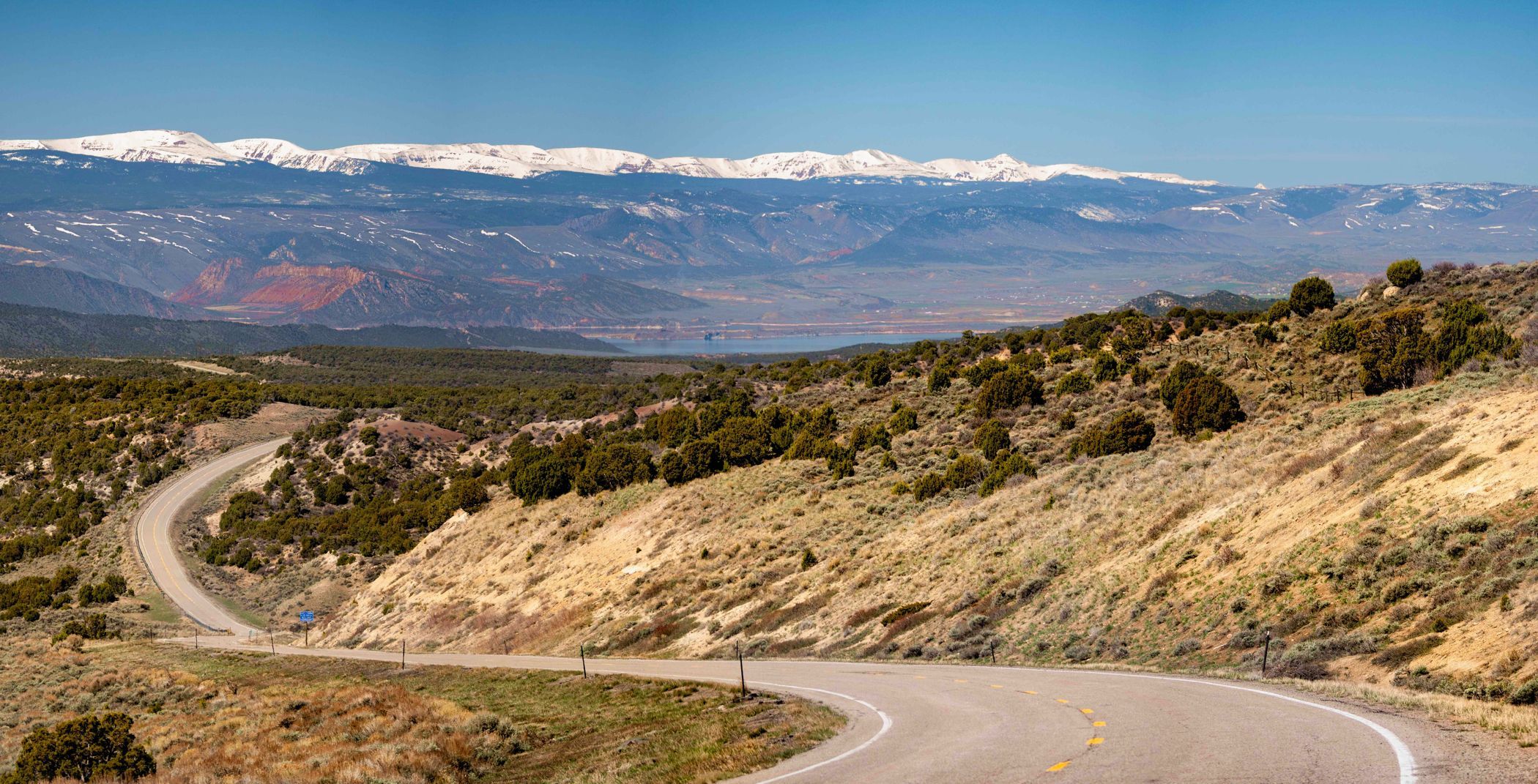 SWEETWATER COUNTY, WYOMING (February 19, 2021) — The Sweetwater County Travel & Tourism Board (SWCTTB) is proud to announce that the Federal Highway Administration (FHWA) has designated the Flaming Gorge – Green Basin Scenic Byway as an All-American Road. The SWCTT board, along with several partners around the byway, submitted an application to the FHWA in 2020 and the application was successful. https://cms8.fhwa.dot.gov/newsroom/usdot-announces-new-americas-bywaysr-designations

“This has been a dream, 20+ years in the making,” said Jenissa Meredith, Executive Director of Sweetwater County Travel and Tourism. “I was fortunate to be involved in preparing this application over a decade ago when Dave Hanks, former CEO of the Rock Springs Chamber of Commerce, included me in the project,” added Meredith. “It is such an honor to see this designation finally become a reality,” added Meredith. 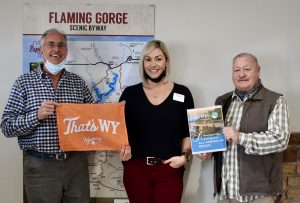 Overall, the FHWA announced 49 new designations to the America’s Byways® collection, including 15 All-American Roads (AAR) and 34 National Scenic Byways (NSB) in 28 states. This increases the number of America’s Byways® to 184 in 48 states. All-American Road is the highest level of designation and is reserved for byways that provide an experience that is so exceptional travelers would make a drive along the route the primary reason for their trip.

Created in 1991, the National Scenic Byways Program is a collaborative effort to help recognize, preserve and enhance selected roads throughout the United States. The U.S. Department of Transportation (USDOT) recognizes certain roads based on one or more archeological, cultural, historic, natural, recreational and scenic qualities.

On September 22, 2019, the Reviving America’s Scenic Byways Act of 2019 was signed by the President and became Public Law 116-57. This law requires the U.S. Secretary of Transportation to solicit nominations for certain roads to be designated under the National Scenic Byways Program as National Scenic Byways or All-American Roads based on their archaeological, cultural, historic, natural, recreational, and scenic qualities. https://www.fhwa.dot.gov/hep/scenic_byways/

“Through their many unique qualities, each of these new additions to the National Scenic Byways program helps America’s roads tell our national story,” said FHWA Executive Director Tom Everett. “These special routes offer travelers exciting new opportunities to explore the nation, from coast to coast or close to home.” 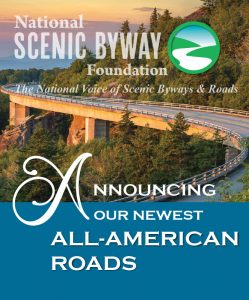 The Flaming Gorge – Green River Basin route is located in the southwest corner of Wyoming on two north-south roadways extending from I-80 south to the Utah state line and paralleling the Green River and the Flaming Gorge National Recreation Area. The location is approximately 175 miles south of Grand Teton and Yellowstone National Parks and 180 miles east of Salt Lake City, Utah.

The natural landscape of the Flaming Gorge – Green River Basin Scenic Byway is vast with diverse habitat largely unaffected by human actions which make recreation plentiful and the experience especially pleasurable. But it is the drive itself across the expansive panorama of land and sky that is awe-inspiring, nationally significant, and worthy of All-American Road designation.

“The Flaming Gorge is by far our greatest tourism asset. This designation will provide funding opportunities and will shine a spotlight on this area for travelers like never before,” added Meredith.

“We are so fortunate to have such exceptional partners both locally and in Utah. This designation would not have been possible without the combined efforts of all of the key participants and corridor partners,” said Meredith.

Additionally, in order to prepare the application, the Corridor Management Plan also had to be updated. Stakeholders focused on reassessing visitor experience needs and alternative options for delivering information, as well as developing strategies to continue to leverage the expertise of the byway’s public and private partners and build on marketing success.

Contributors to the CMP update: 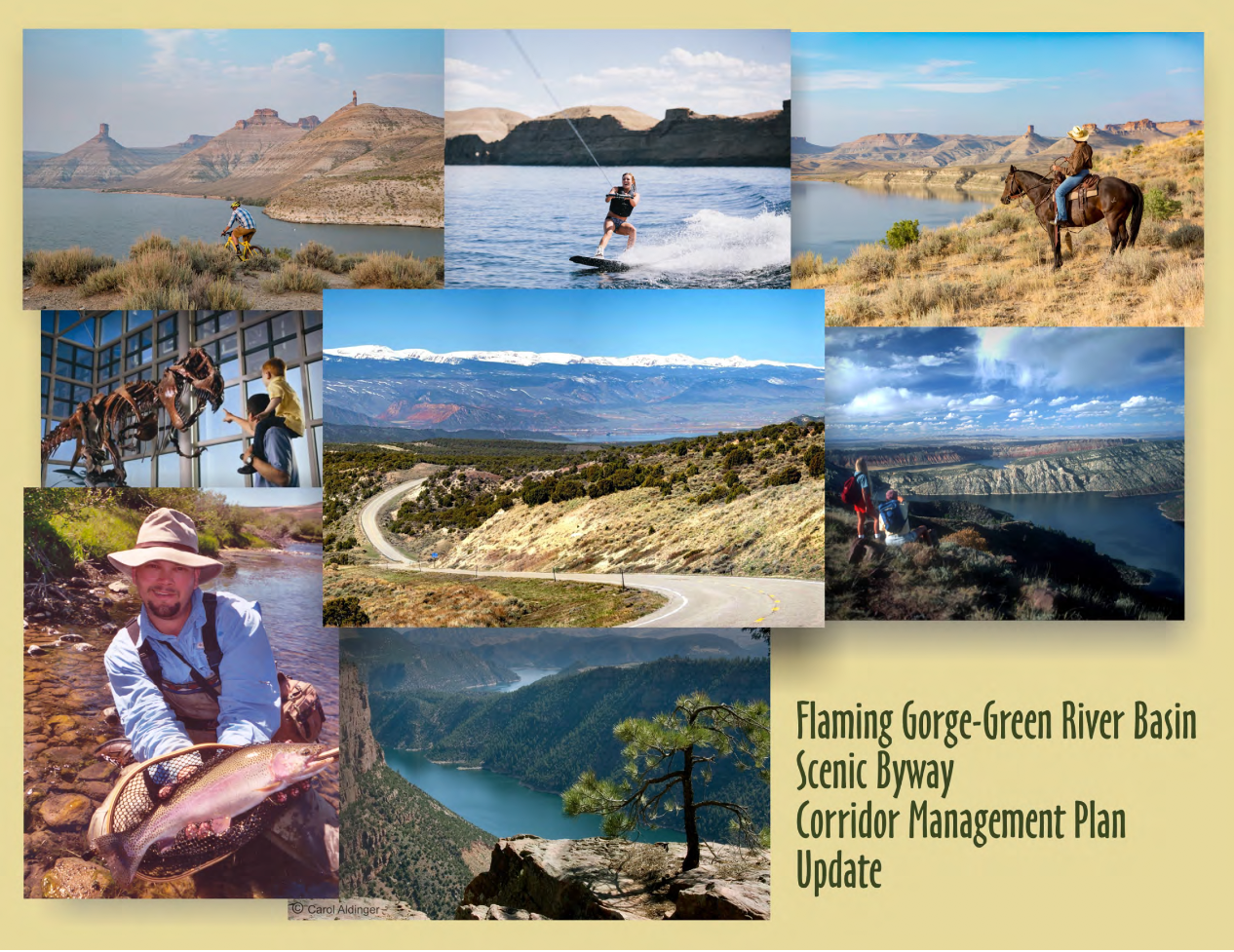 “The goal of nominating the Flaming Gorge – Green River Basin Scenic Byway for designation as an All-American Road is one that has been fully supported and championed by Sweetwater County Travel & Tourism and key business owners in Utah and Wyoming since 2010. Sweetwater County Travel & Tourism provided funding for consultant support from Corridor Solutions (CS) to development the nomination. CS has worked with the byway organizations in Utah and Wyoming since 2010 and appreciates the combined corridor experience as well as the significance of each state’s intrinsic qualities,” said Wanda Maloney of Corridor Solutions.