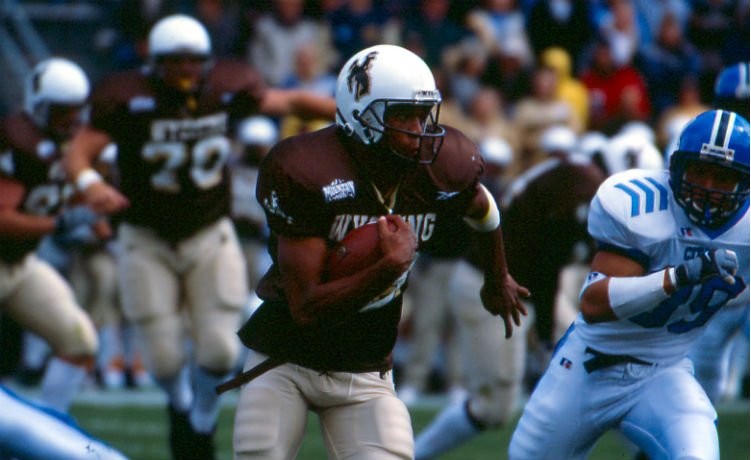 Former University of Wyoming Cowboy and San Diego Charger wide receiver Malcom Floyd is among this year’s 12 finalists.  Floyd played for the Cowboys from 2000-03, before going on to a very successful 12-year career with the San Diego Chargers of the NFL.

The Finalists were selected from a field of over 100 nominees by the Polynesian Football Hall of Fame Selection Committee.

While at Wyoming, Floyd caught 186 passes for 2,411 yards and 14 touchdowns.  He was voted all-conference by the Football News and Sporting News as a sophomore and All Mountain West Honorable Mention as a senior.

Floyd signed with the Sn Diego Chargers as a free agent in 2004 and played 12 NFL season, all with the Chargers.  His career totals were 321 catches, 5,550 yards and 34 touchdowns