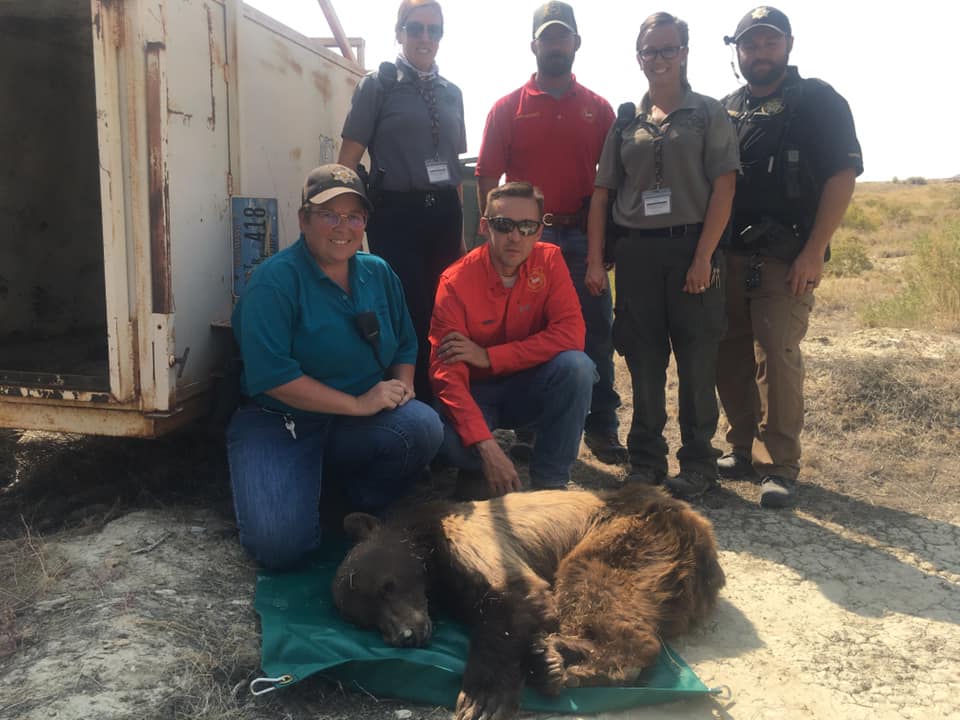 ROCK SPRINGS, WYOMING (September 17, 2020) — On September 15, personnel from the Wyoming Game and Fish Department responded to a report of a black bear on the west side of Rock Springs near White Mountain Road. The bear was captured and taken to the Game and Fish’s Green River office for evaluation.

The adult female black bear was old and in extremely poor body condition. While it is unknown whether the bear received any food rewards, it likely wandered into town looking for easy sources of food. Given the bear’s age, emaciated condition, and the time of the year, it is highly unlikely that the bear would survive the winter. The bear’s behavior around humans also indicated a very high likelihood of future conflict potential.  Based on those factors, it was decided that the ethical and humane action was to euthanize the bear.