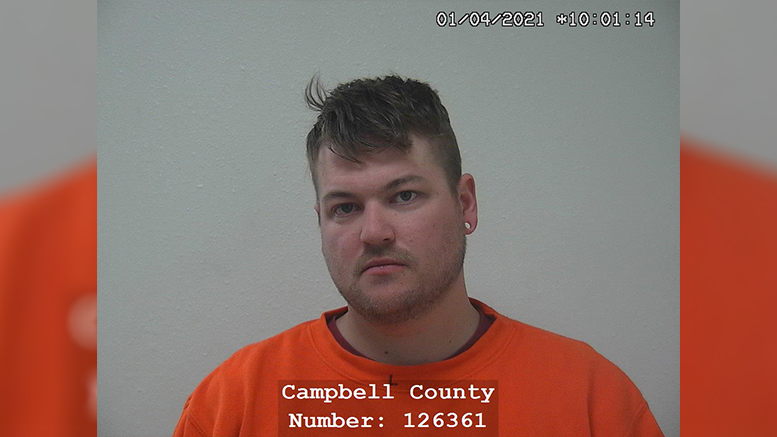 GILLETTE, WYOMING (January 6, 2021) – A man in Gillette could be facing up to 775 years in prison after being charged with 31 counts of felony aggravated child abuse for allegedly harming a 3-month-old infant to the point that he was hospitalized with broken bones.

Tyler Martinson, 28, was arraigned on the alleged charges on Tuesday, Dec. 5.

According to the affidavit filed in the case, the infant’s injuries date back to Saturday, Jan. 2, after the Campbell County Memorial Hospital contacted the Gillette Police Department to report potential child abuse.

The infant was brought to the emergency room by Martinson and a woman after reportedly noticing the child’s swollen ribs popping while breathing.

The infant was not using his right leg, which was bent to the side and was not moving.

According to court documents, the infant suffered 26 separate fractures to his ribs and five to his legs.

According to the affidavit, Martinson told investigators that he did not know how to pick up or handle the infant and had injured him several times since the baby was born.

“I got so angry, you know, I just have a lot going on and I just lost it, I guess,” according to the affidavit.

Martinson’s bond is posted at $100,000 and if bailed, he must wear a GPS monitoring device at all times and was deemed a flight risk due to the amount of prison time he is facing.

Credit for this story goes to County17 in Campbell County