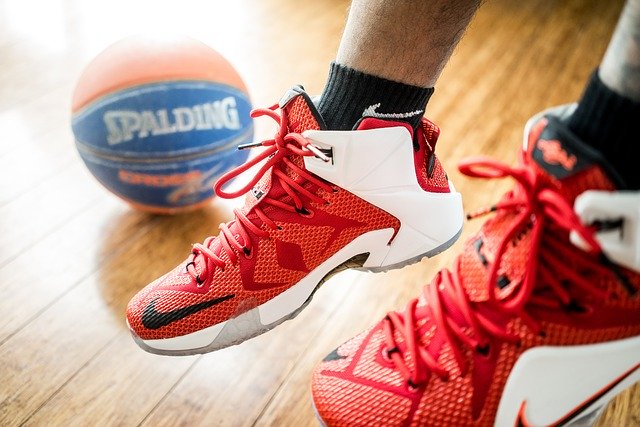 GREEN RIVER, WYOMING (Nov. 26, 2019) — The first practice for the Green River boys basketball team began on Nov. 25, bringing another year of basketball to the school, and with it, high hopes and aspirations for a successful season.

Green River is coached by Laurie Ivie, who has been coaching since 1999. She enters her fifth season as the head coach for the Wolves.

Last season, Green River had a winning season at 15-11. They competed for a regional championship and qualified for the state tournament for the first time in over a decade.

Ivie hopes that success transfers into this season.

“It was an amazing experience for our entire program,” she said. “I hope the players remember what that felt like, and work hard to raise the bar.”

Green River lost seven seniors last year to the graduating class, including all five of their starters. Ivie hopes that the varsity experience the younger players gained last year will translate to success on the court.

“We have five players returning with varsity experience,” Ivie said. “We expect big things from those guys.”

In all, 34 athletes attended tryouts for the team this year. A large number of those are sophomores and seniors, with smaller groups of junior and freshman athletes attending as well.

Ivie laid out the “non-negotiables” that she asks and expects of her team each year.

“First, urgency, purpose, and spirit in everything we do. Second is communication. The third is giving and receiving feedback in the right way. Finally, celebrating their teammate’s successes.”

“We ask the players to focus on getting better every single day, and ask them to step outside of their comfort zones, to get comfortable being uncomfortable,” Ivie said.

“As a coaching staff, we hold ourselves accountable for these as well. We want to get better every single day, not just with X’s and O’s, but with current practices and instructional delivery as well.”

Ivie highlighted two teams she feels will be tough competition this year.

“I think Star Valley will be tough this year, they didn’t lose anyone with the graduating class and will be returning all their starters.”

“Kelly Walsh is always good, and a team that competes well every year,” She said.

When asked about expectations for the season, Ivie put simply, “Our expectations are to get better. Every, single, day.”

Green River’s first game is against Thunder Basin at 7:30 p.m. on January 17, in Gillette.

Their first home game will follow as they take on Evanston at 7:30 p.m. on January 23.