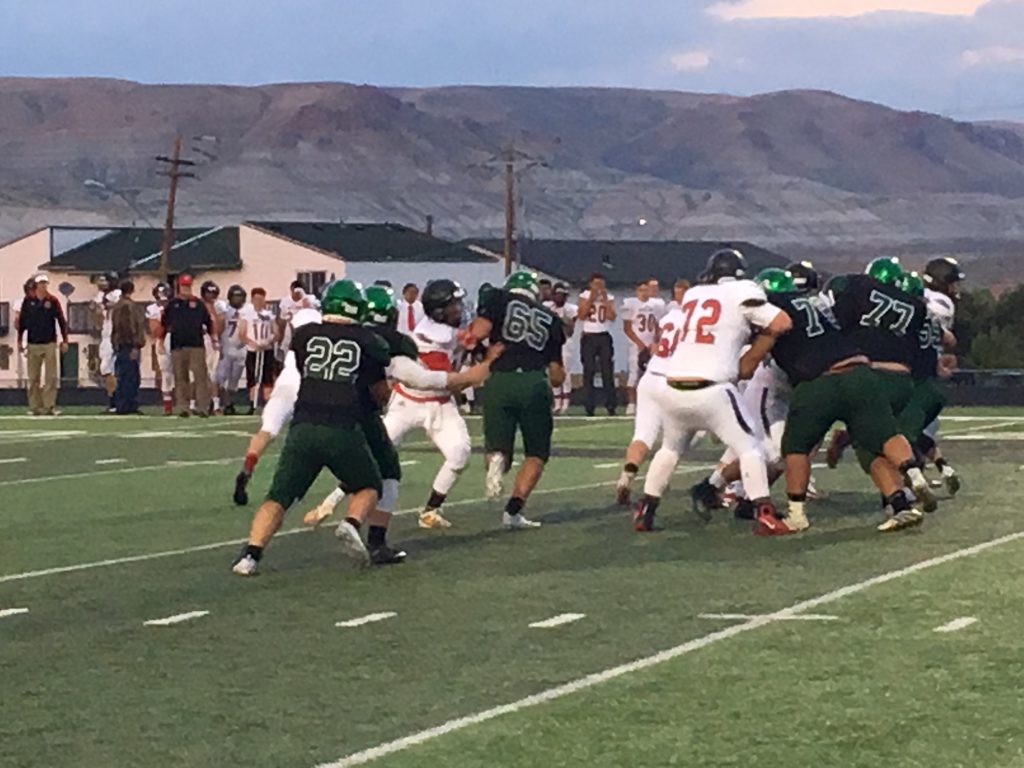 The Green River Wolves Football Team lost their first game of the season last night with a 16-14 loss to the Rawlins Outlaws. The game was a nail biter and came down to the end, but the Wolves were not able to pull it off.
The first quarter was a defensive battle and not much progress was made by either team.
Rawlins controlled the ball in the first half and got a 15 yard touchdown run from running back Damon Taylor in the second quarter. On the first drive of the third quarter Rawlins struck again on a 57 yard TD run by Taylor. This put Rawlins up 16-0 after they converted on both of their two point conversions.


The Wolves fought back with a long drive of their own in the third quarter which ended in a five yard touchdown from Quarterback Dallan Serrano to Receiver Anthony Johnson. The Wolves converted on their two point conversion making it 16-8.
The Wolves defense fought off the rushing attack of Rawlins in the fourth quarter and got the ball back with just over two minutes to go in the game. The Wolves drove down and punched it in on an 11 yard TD run by Serrano. The Wolves went for two to tie the game but were not able to convert making it 16-14.
The Wolves attempted an onside kick to no avail. Rawlins ran out the clock and stole a win on the road from the Wolves.


Green River had their chances but struggled to hold on to the ball with fumbles and missed snaps. Turnovers and penalties hurt the Wolves which stopped drives.
The Wolves will travel on the road next week where they will face Torrington for their first road game of the season. Rawlins will head back home to face the Cody Broncs.