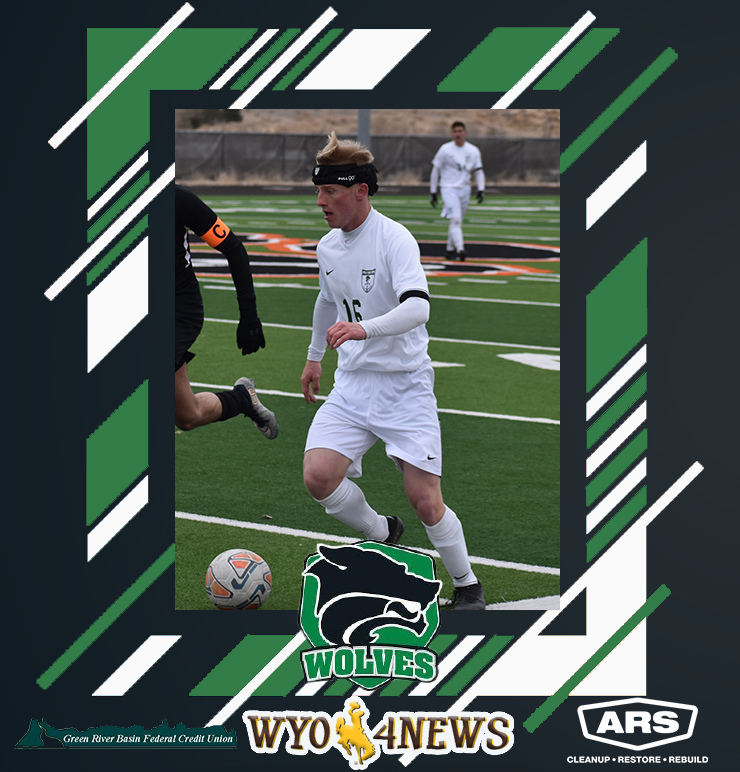 Watts-Pavey began playing competitive soccer in 2009 for the U8 Spurs after playing a few seasons of recreation league. When Tom Findlow became his coach during his second season of playing, he realized that he had a knack for soccer and really enjoyed it.

Watts-Pavey is one of the team captains for the Wolves, a position and title he is very proud of. He has high hopes for the team this season.

In addition to being on the soccer team, Watts-Pavey is also a captain on the cheer team, which will be going to Florida to compete in a national competition.

He is planning on attending Dixie State University where he’ll major in sports therapy.

Want your athlete featured in Wyo4News Athlete of the Week? Send an email to [email protected]! Make sure to include a picture of the athlete, along with their name, sport they play, position and grade they’re in.

Our Green River High School Athlete of the Week is brought to you by Green River Basin Federal Credit Union, and ARS Fire and Flood.