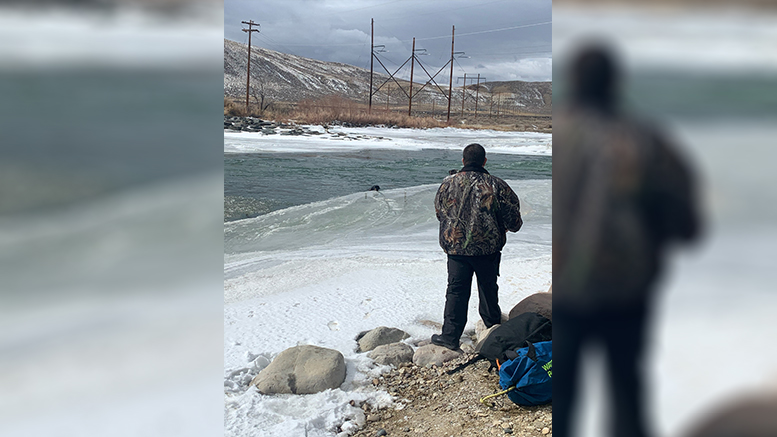 GREEN RIVER, WYOMING (February 8, 2021) – The five firefighters from the Green River Fire Department responded to a call at electrocutioner falls today to help a female Rottweiler dog that was unable to get out of the water.

Upon arrival the dog was pretty well spent and did not have much longer before she would have been overcome by exhaustion and hypothermia. The GRFD crew was able to safely get the dog out of the water where she was transported to a vet by Green River Animal Control.

The incident was reported by operators at the power plant intake facility.

Lt. Brandon Brady crawled out to the dog, grabbed the dog from the water and then was pulled to shore by other firefighters.

According to Asst. Chief Larry Erdmann, the dog has been picked up by her owners and is doing very well.