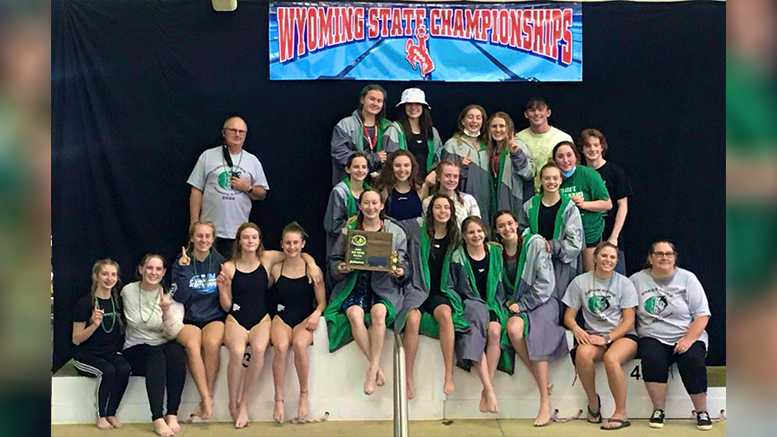 On Saturday, the Lady Wolves made a splash in school history by dominating the state meet in Laramie to win the title. They finished with a final score of 282 points, winning by 89.

Green River head coach Colleen Seiloff said the feeling of being a state champion is just now starting to sink in.

“It felt pretty amazing. I’m so excited for my girls. I’m just really proud of them. They did amazing,” she said.

“They worked hard all season. They were so supportive of each other and at the end of the year, to finish at state the way they did was amazing. From beginning to end, it’s hard to find something that really stood out as far as our team goes, but I’m proud of the way they supported each other and worked so hard to get to where they were at. I could just see the hard work paying off. I was just so happy for them and proud of them.”

It was the program’s first state title since 1976 and fourth overall.

Seiloff said the victorious season is important for the program moving forward. 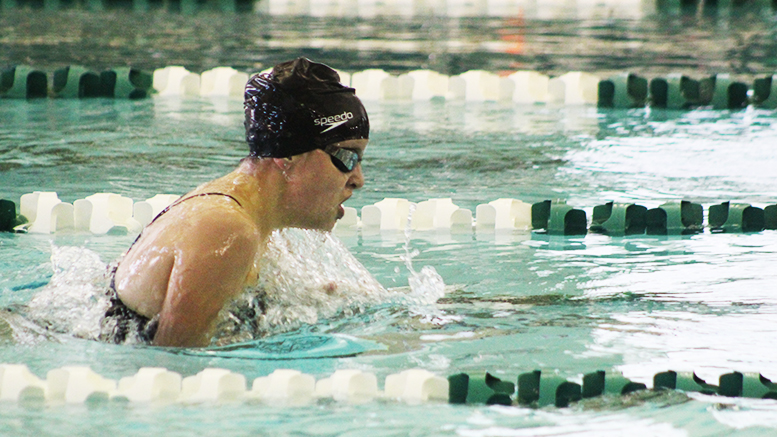 It was the first year the Lady Wolves competed in Class 3A and many people believed they were going to face easier competition, but Seiloff said that was not the case.

“That’s not true at all. It was very competitive. Some of the times going on in 3A were just as good, if not better, than the times in 4A. The competition was phenomenal. It was a very competitive year. It really pushed our girls to get better,” she said.

“I think what made this team so special this year is that they were just able to keep their eye on the season. They knew working hard was going to keep them tired. They knew that they had a lot of work to do,” she said.

“The other thing is that they knew every week that they got to swim was kind of a gift because of the coronavirus – not knowing if we were going to have a season, possibly having the season shut down. As every week went on, they knew that it was kind of a gift. They were so excited to actually get the chance to be able to do it that when they came in, they were ready to go.”

Senior Lauren Jensen earned 3A Athlete of the Meet. She won the 50 freestyle in a time of 24.69 seconds. She also finished first place in the 100 backstroke in 58.51 seconds — the only swimmer to finish under one minute in the backstroke.

Seiloff said Jensen and the other three seniors were pivotal in the Lady Wolves’ season, taking leadership to a whole other level.

“My four seniors were phenomenal. They were such good leaders this year. They were so positive and the girls seemed to react very well to that group of seniors. They just kept the team together all season and kept them working hard. I really think that was a big thing this year,” she said.

Seiloff herself was named the 3A Coach of the Year by her peers. She said it felt good to be recognized, adding that it was a reflection on everyone involved in helping the swimmers get to where they are today.

“To me, it makes me feel so good – especially since I just came into 3A this year that the 3A coaches would vote for me. The coaches for 3A have just been so accepting of our team being in their division and of me as a coach. I think I’ve already made some good friends in the 3A division with the coaches. It just made me feel really good. It really did,” she said.

“I also think that award means, not just for me, but it means a lot for the other coaches and all of the other people that have put in time and effort into these girls. Some of our girls have been swimming for a long time and have USA swim coaches. It’s kind of a cumulation of a lot people. I think it’s also a representation of how hard our girls have worked too.” 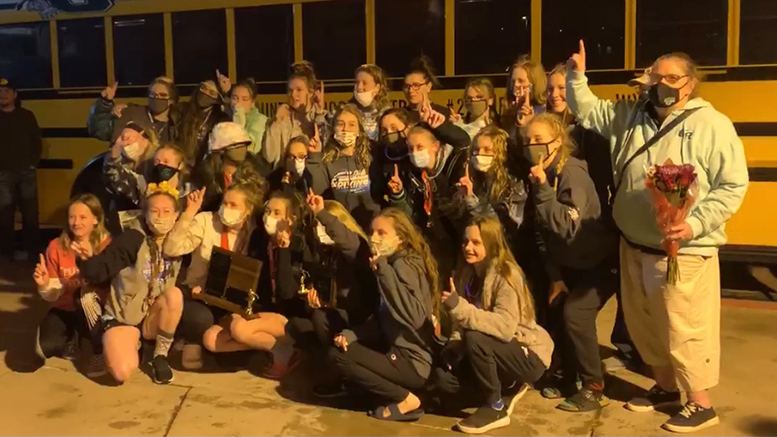 The Lady Wolves came home on Saturday, Nov. 7, as state champs and were welcomed by a hundreds of people in the community cheering them on as they got back to the high school.

Police officers, firefighters and other first responders escorted them through town as sirens were booming.

“It was so cool when we came home, there were so many people who came out and escorted us through the town. We had the police department, the fire department, an ambulance,” Seiloff said.

“It was fun to see. We didn’t expect that many people to support the swim team. The girls were happy. It was amazing.”