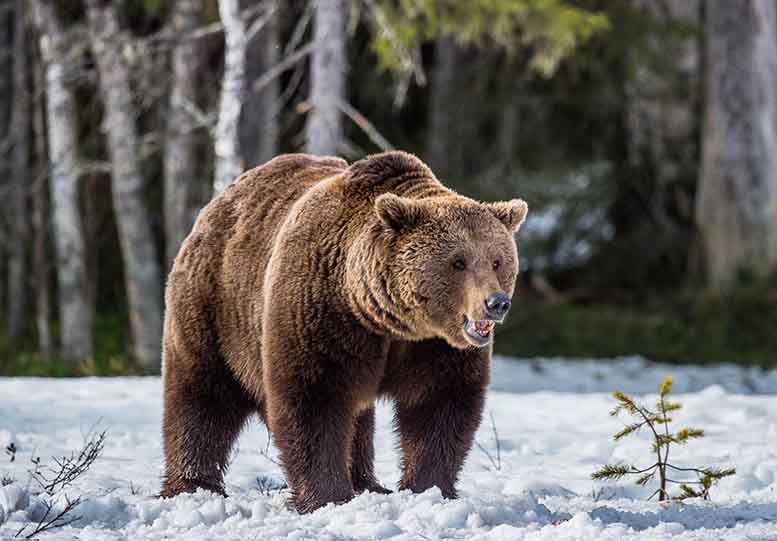 At approximately 3 p.m., July 21, the Park County Sheriff’s Office received a report from a third party that a hiker was injured by a bear near Deer Creek Pass on the Shoshone National Forest. The man walked to the Deer Creek trailhead after the incident and was transported to Cody for medical treatment by another hiker.  Game and Fish personnel met the victim en route to Cody and accompanied him to the hospital.

Interviews with the man revealed he had been hiking alone on a game trail in the Washakie Wilderness when he surprised a single grizzly bear in a day bed within seven to eight feet.  The bear immediately charged, knocked the victim to the ground, then left the area.  The victim sustained injuries to his chest and arm, but was able to bandage his wounds and hike out.  Due to the suddenness of the encounter, the victim was not able to deploy his bear spray.

This incident resulted from a surprise encounter with a grizzly bear at close range. Due to the remote location and low probability of locating the bear, no management action is planned at this time.

“Game and Fish always has the safety of outdoor recreationists at the forefront of our minds,” said Dan Smith, Cody Regional Wildlife Supervisor. “We will continue to make management decisions in the best interest of public safety.”

The history behind the plywood cows