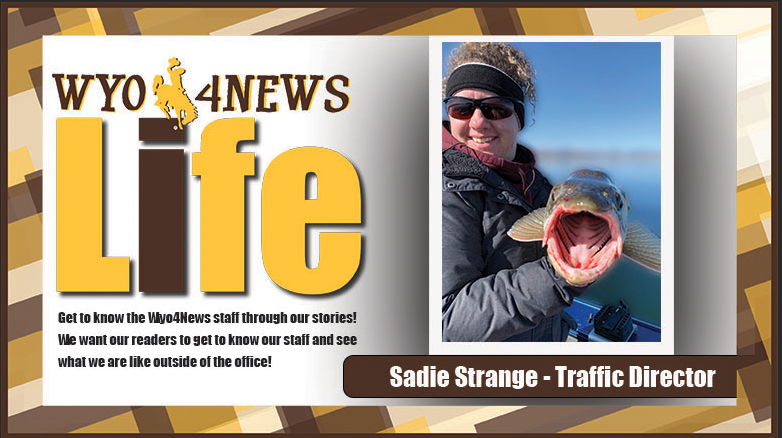 It happened.  My husband begged and bothered me enough to finally go fishing with him. I really don’t mind fishing, but I like to go when the sun is shining along with some sunbathing. I really don’t want to go to freeze my buns off. But I finally agreed to go.

We set off to the Flaming Gorge first thing in the morning, dark and early! Another one of my not so favorite things to do.

We get to the boat dock; my husband backs the boat in and then it’s up to me to get the truck and trailer parked. This gives me so much anxiety!! You see, my husband got his new fishing boat a couple of years ago and it’s so pretty and one of the first times out with it, I backed it right into the boat dock! Good thing it was early in the morning with not many people there.  The parking lot was empty, so it went nice and smooth!

We switched around for quite some time, then finally my husband says this is the spot. After him saying this at every other spot, I kind of lost interest. I let him fish while I tried to get warm.  Well, what do you know! Fish on! He is an amazing guy and let me reel in the first fish. I was absolutely amazed at much the rod was bent over!

When I do go fishing its normally just for brookies or kokanee, so to see the rod bending so much was pretty cool. The fish started making its way to the surface and I laid eyes on it! It was a monster (to me)! My husband netted it and it weighed in at 17 pounds! Definitely the biggest fish I have even caught. We took pictures and released him. Within just a few minutes of getting the pole back in the water, another fish on! My husband asked if I wanted it again and of course I said yes!

I could tell that this fish was going to be a little smaller than the first. Once it was netted, he weighed in at 13pounds! Just amazing! He released him and got the pole back in the water and, what do you know, another fish on! I decided since he really is doing all the work, I wouldn’t take this fish from him. We got it netted and this one weighed in at 22 pounds!!

Then just like that the fishing died down. We decided to head back toward the boat dock because we knew the wind would be coming up soon. Around the dock we did a little fishing for pup lake trout’s and what do you know, ladies and gentlemen I landed and caught a fish all on my own. This one maybe 1 ½ pounds! LOL!!

We called it a day after this and headed in. I get dropped off at the dock so I can back the trailer down the dock.

But I have done this a few times now and I feel like I am getting pretty good at it. I’m sure it’s agonizing for my husband and anybody else around to watch, but I can get the job done.

All in all, it was a beautiful day with some great fish caught. I hated to admit it to my husband, but I was really glad I went!