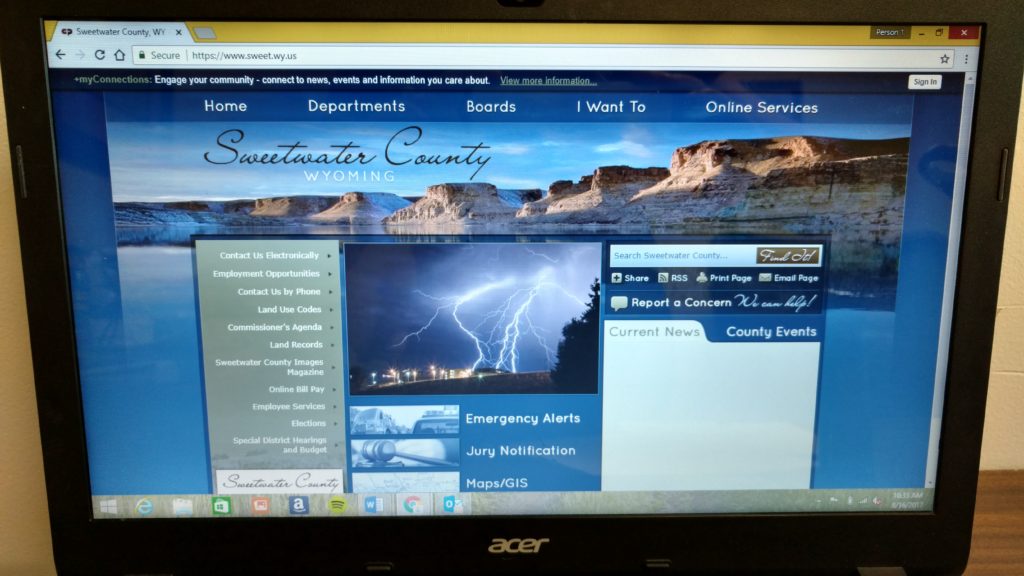 The process of improving the website for Sweetwater County is moving forward.

During their regularly scheduled meeting this week, the Board of County Commissioners approved the recommendation from the website committee to select Revize as its website vendor.

The Commissioners authorized the formation of the website committee in August with the purpose of evaluating options to improve the Countyâ€™s website.

IT Director Tim Knight spoke with the Commissionerâ€™s about the committeeâ€™s recommendation to select Revize.

Knight said Revize has extensive experience working with county government and will be able to provide a responsive website which will scale to mobile devices. In addition, the site will provide some notification service options.

Knight compared the cost of Revize to that of the current vendor, Civic Plus. While redesigning the website through Civic Plus would initially cost less than Revize, Knight said Revize will save more money over time because Civic Plus has a price increase of three percent each year.

A site redesign with Revize would be priced at $26,175 which would be broken into three yearly payments of $8725.Â  After three years, the cost for hosting and support would then reduce to $3400 per year with no annual increase.