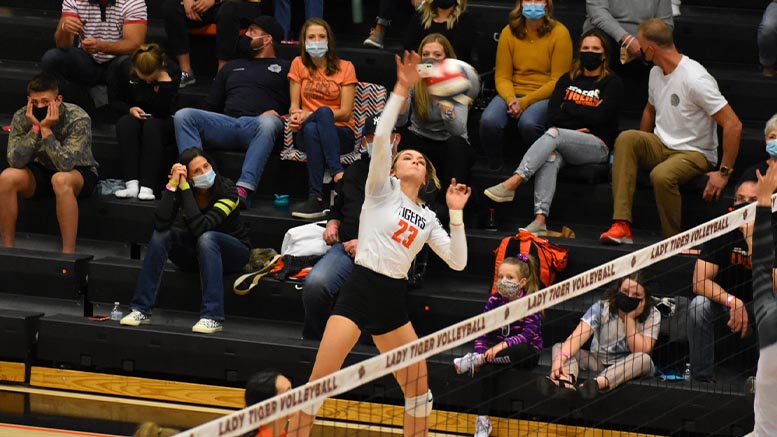 ROCK SPRINGS, WYOMING (October 15, 2020) – With the regular season dwindling down, the Rock Springs High School Lady Tigers are hitting their stride at the right time.

The Lady Tigers won their seventh consecutive game by defeating the Riverton High School Wolverines in a sweep at home on Thursday night (25-18, 25-15 and 25-10).

Rock Springs head coach Shawn Pyer said the Lady Tigers are solid when it comes to skill, but being mentally tough is something the team still needs to be better at with playoffs right around the corner.

“I think that we just really needed to focus on our mental toughness because skill wise, we’re playing really well right now, but mentally, we’re a rollercoaster,” she said. “We were just making sure we’re mentally strong from the start to the end game. I think we did a really good job of that.”

In the first set, both teams went back and forth with the lead.

The Lady Tigers took the lead for good about midway, taking a 9-8 advantage. 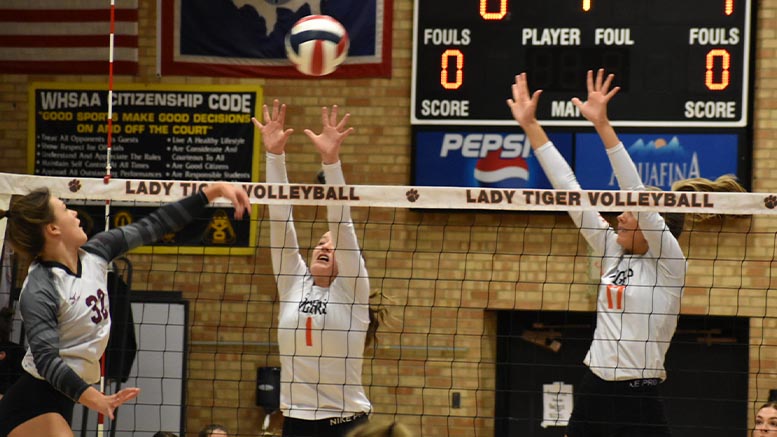 From there, Rock Springs used a 9-4 run to take control of the set and force Riverton to burn a timeout. The Wolverines made a late run, but the deficit was too large to overcome.

In the second set, the Lady Tigers remained in control, blocking any chance of a Wolverine comeback. When the Lady Tigers were up 16-11, they used a 9-4 run to finish them off.

Rock Springs led from start to finish in the third set, giving no chance for Riverton to gain momentum. They started out on a 4-0 run before the Wolverines got on the scoreboard.

The Wolverines cut the deficit down to two with Rock Springs up 8-6, but the Lady Tigers made no mistake that the game was theirs. They finished the set on a 17-4 run to complete the sweep. 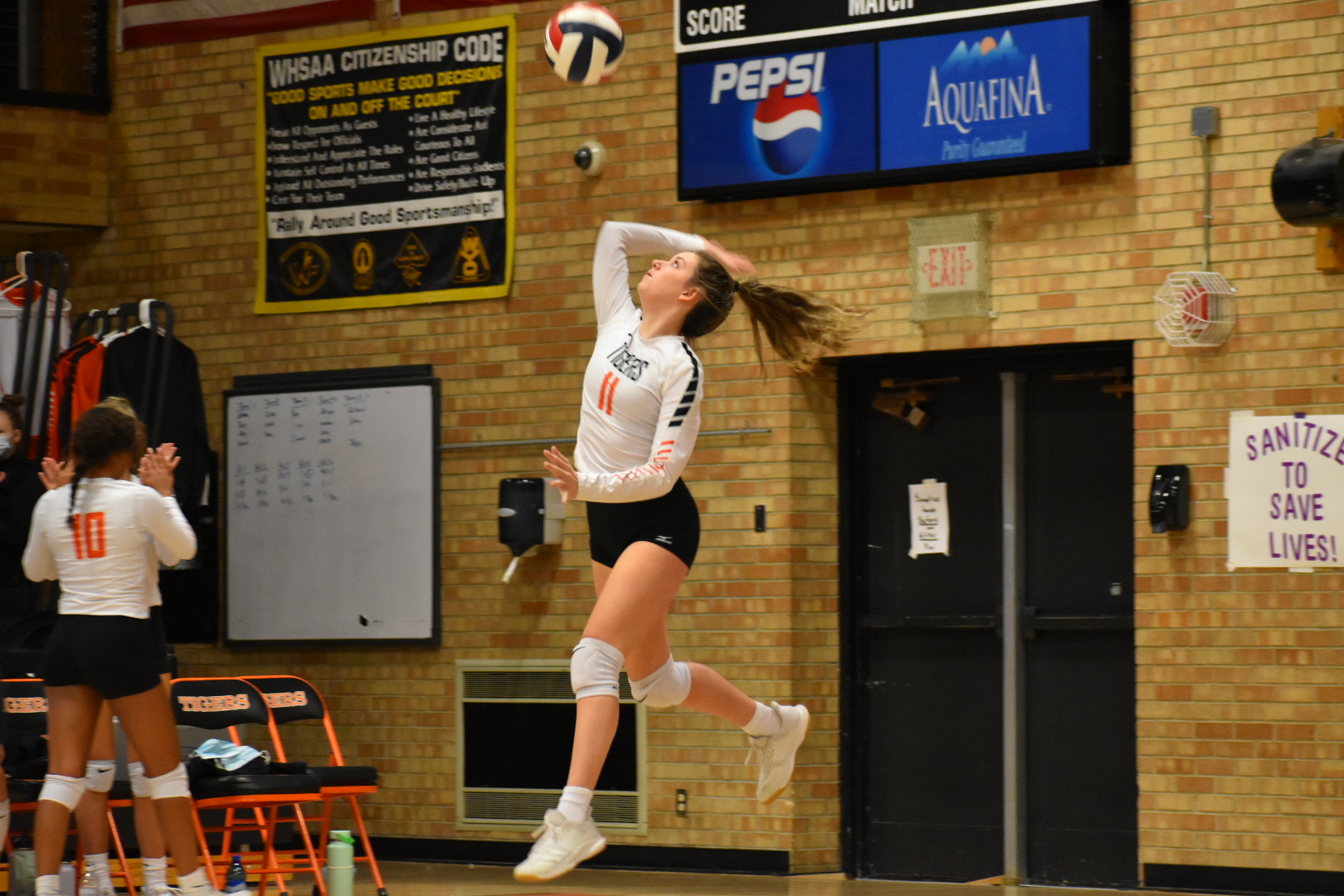 Senior Cali Pollastro led the Lady Tigers in kills with nine. Junior Emily Taucher led in assists and digs with 22 and 10.

Rock Springs has a quick turnaround as they host Cody High School Friday at 5 p.m.

“(Cody) set a lot outside so we’ve really been working on being prepared for that block. They do a really good job at hitting high hands, so just making sure my blockers are pressing and not letting them use them,” Pyer said.

“And again, just being a threat offensively. I really feel like when my girls are on offensively, nobody can stop us.”