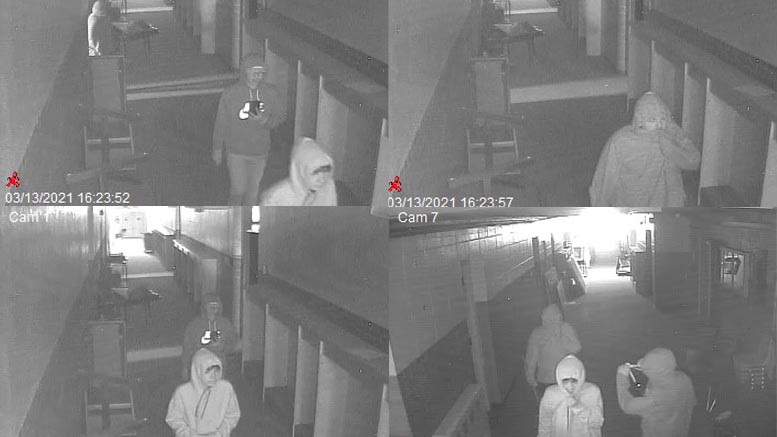 March 18, 2021 — Rock Springs Polices have notified Wyo4News that the suspects (pictured above) in Lincoln School’s vandalism on Edgar Street in Rock Springs have been identified. The RSPD, and other media outlets, had posted pictures of the suspects and asked for the public’s help in their identification. No further details were given out.

This past Monday, RSPD responded to Lincoln School about the vandalism on Saturday afternoon, March 13.

According to the initial RSPD report, three juvenile male suspects broke a window to enter the building. While in the building, they lit several small fires then extinguished them with fire extinguishers. The vandals continued through the building, causing other damage, including spray painting several areas.

The photos show the suspects inside the building.