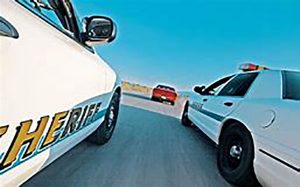 At approximately 5:30 a.m. on Oct. 1, 2019, Sweetwater County Sheriff’s Office deputies and troopers from the Wyoming Highway Patrol responded to the area of Highway 191 South and Interstate 80 to assist officers from the Rock Springs Police Department in stopping a vehicle actively attempting to elude police.

Minutes later, sheriff’s deputies located the suspect vehicle, identified as a white Ford panel van, near the Exit 99 westbound I-80 on ramp. After pursuing the vehicle westbound on the interstate between Rock Springs and Green River, the van’s driver reversed course, crossing the median at approximately mile marker 93 before proceeding back eastbound on the interstate toward Rock Springs.

At about mile maker 95, the fleeing vehicle again crossed the median, this time proceeding the wrong direction on the interstate and driving eastbound in the westbound lanes of travel for approximately eight miles before exiting the intestate at mile marker 104.

No one was injured during the pursuit.

While the suspect has since been arrested on unrelated charges, the investigation into this matter remains active and ongoing. No further details will be released at this time.

The Sheriff’s Office is asking for the community’s help in identifying any further eyewitnesses to this event and in providing any further information relevant to the investigation.

If you or anyone you know was traveling on the interstate during this time and witnessed this incident, the Sheriff’s Office strongly encourages you to please contact Lieutenant Joe Tomich by phone at 307-922-5295.