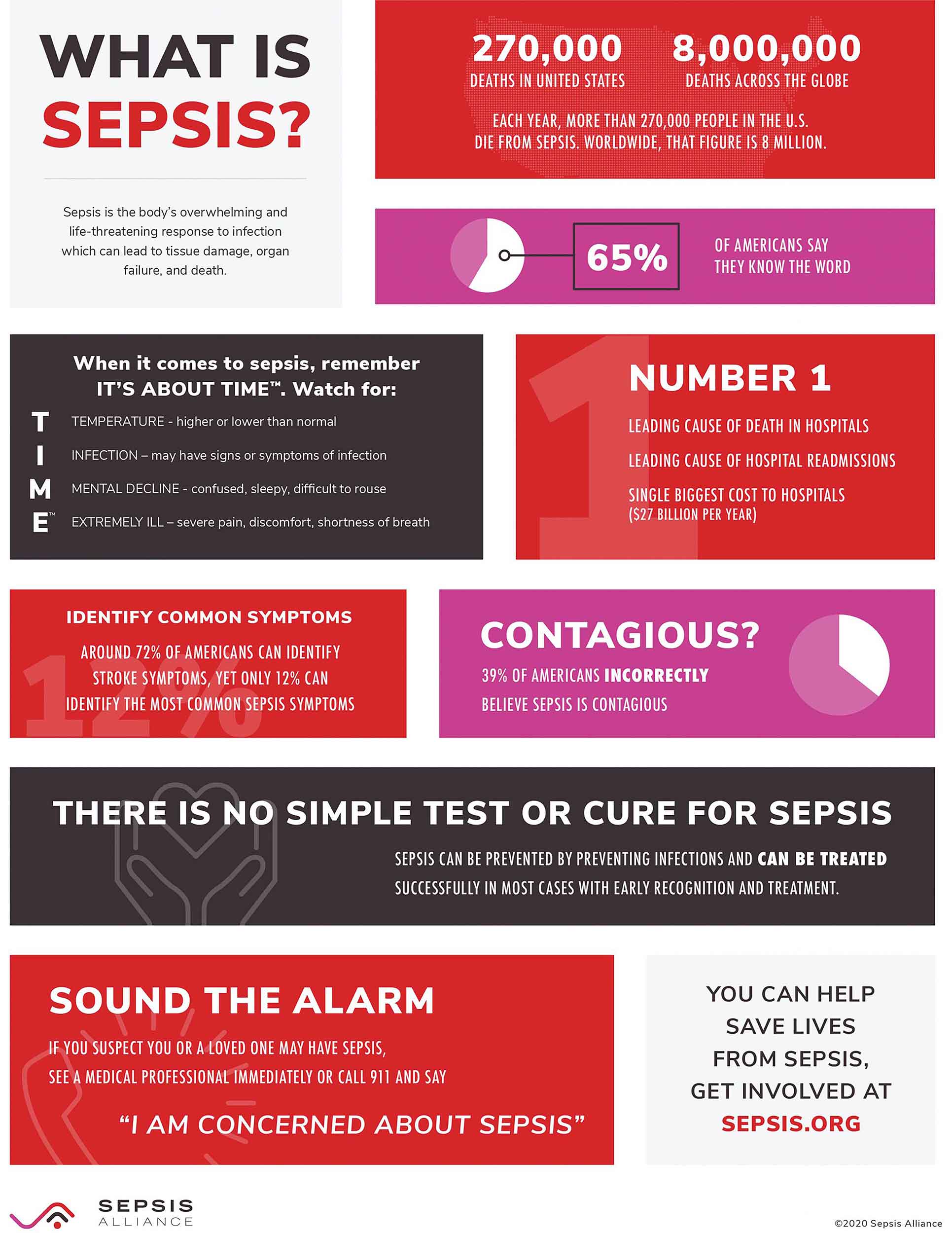 Sepsis takes a life every 2 minutes.

Sepsis is the body’s extreme response to an infection. It is life-threatening and, without timely treatment, can rapidly lead to tissue damage, organ failure, and death, according to the Centers for Disease Control and Prevention.

Memorial Hospital of Sweetwater County’s Sepsis Project Team has worked to get the word out on sepsis, said Gabrielle Seilbach, a nurse in the Quality, Accreditation, and Patient Safety Department.

The team is promoting various ways the CDC and the Sepsis Alliance have outlined as ways to get ahead of sepsis. The vast majority of sepsis cases – as many as 92% – originate in the community, prior to hospitalization. Seilbach said that means it is important for patients to keep infections at bay.

Here are some ways patients can reduce the risk of sepsis:

The Sepsis Project Team has also worked to update all of the hospital’s employees on the latest information and research on how to curb sepsis, Seilbach said. The group began meeting early in the year with the main goal of continually improving MHSC’s sepsis rates and to educate workers hospital-wide.

“We meet monthly to discuss data, opportunities for improvement, and to learn to identify sepsis quickly,” Seilbach said. “In March, a nurse-driven protocol was implemented to help our MHSC nurses to identify sepsis. It allows the registered nurse to initiate time-sensitive labs and utilize their autonomy by doing other critical tasks and communicating effectively with the provider.

“The Sepsis Project Team has implemented multiple changes to help staff improve their understanding of and compliance with sepsis standards outlined by the Centers for Medicare & Medicaid Services,” she said.

MHSC is a non-profit, 99-bed, regional acute-care facility in southwestern Wyoming. The hospital has more than 500 employees, including more than 30 employed physicians providing care in more than two dozen specialty fields.