ROCK SPRINGS, WYOMING (July 21, 2020) — We don’t know if this is a sign of things to come in regards to fall football for the Wyoming Cowboys and the Mountain West Conference.

On Monday, the conference Facebook page posted the following announcement. “The Mountain West Conference has postponed it’s Football Virtual Media Days until further notice. The event was scheduled for July 26-29. Any future decisions and announcements will take place at the appropriate time”. 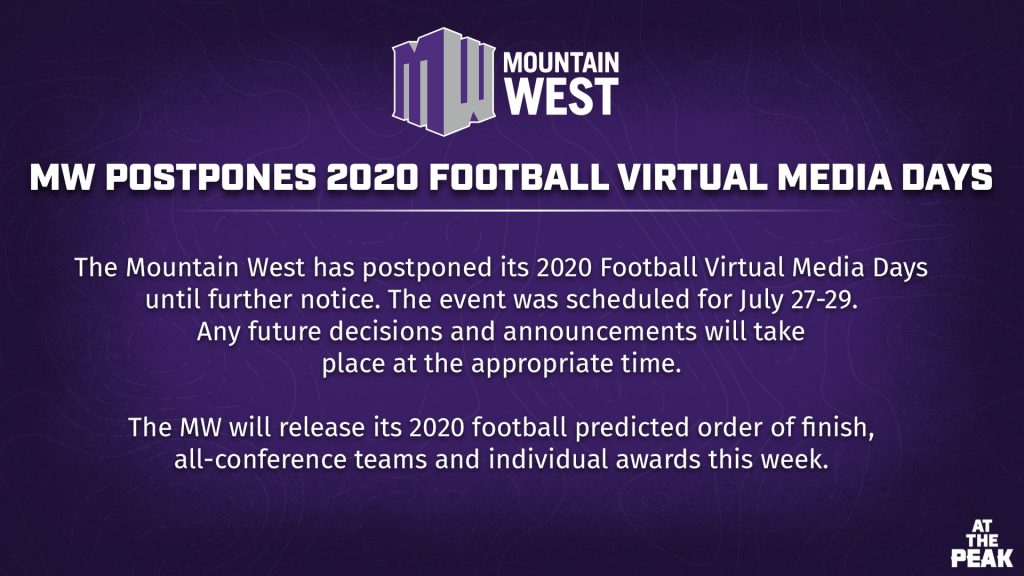 It has been reported that most significant college football conferences will make announcements by the end of July concerning the upcoming college football season. The Ivy, Patriot, MEAC, and CAA conferences have already announced they are canceling their fall schedules altogether.

The PAC-12 and Big-10 conferences announced they would be playing conference only schedules. That decision caused Wyoming’s September 19 game against PAC-12 member Utah to be canceled.

Currently, Wyoming is scheduled to open their season Saturday, September 5, with a home game against Weber State.