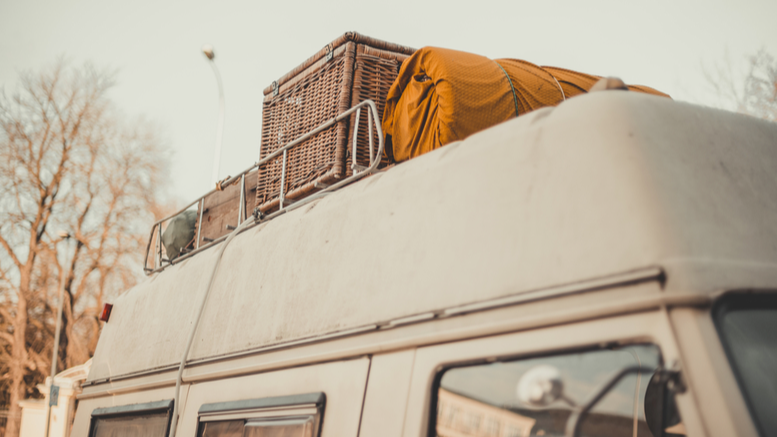 The WHP will participate in the national Secure Your Load Day on June 6th, 2021. Governor Gordon has signed a proclamation recognizing June 6th as “Secure Your Load Day” in Wyoming.”  Troopers will be educating the public about the importance of having secured loads through social media campaigns and by posting safety messages on variable message signs.

“Loss of load crashes are 100% preventable”, says Lieutenant Dustin Ragon.  “All cargo items travel at your vehicle speed, so a 10-pound item at 50 mph has a crash force of 500 pounds.  Secure your load as if your family is driving the car behind you”.

The Secure Your Load safety day started in 2004 through Robin Abel, a Washington resident whose daughter was severely injured by an unsecured load. Her work resulted in federal lawmakers, including load-securing recommendations to the states in the FAST Act of December 2015.

Information from AAA Foundation for Safety indicated statistics show that unsecured loads are a nationwide issue. Road debris caused approximately 200,000 crashes in the past four years. Out of those crashes, about 39,000 injuries and 500 deaths resulted.

As a nation, the U.S. spends about $11.5 billion on litter cleanup. Nearly 40 percent of litter is from unsecured loads.

“Injuries and crashes from unsecured loads are preventable,” said Lieutenant McKay. “Our mission is to ensure the safety of all travelers on Wyoming’s roadways, which is why we are participating in this event.”

Wyoming also requires motorists to secure their loads when traveling.

Wyoming Statute 31-5-228 states, “No vehicle shall be driven or moved on any highway unless the vehicle is so constructed or loaded as to prevent any of its load from dropping, shifting, leaking or otherwise escaping therefrom.” This state law carries a $100 fine. Under Federal Commercial Carrier Regulations, a commercial truck driver can be fined $200 for an unsecured load violation and placed out of service until the load is secured correctly.

Motorists can follow several tips on how to keep their loads secure. They include: