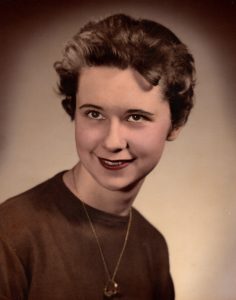 She attended schools in Rawlins, Wyoming and was a 1957 graduate of Rawlins High School.

She attended Drake University in Iowa for two years.

Patricia married Richard O’Dell in 1960 in Casper, Wyoming and they later divorced.

Her companion of fifteen years; Earl Webb Sr. preceded her in death on July 25, 2020.

She worked for Imperial Apartments as a manager for 25 years until her retirement in 2002.

She was preceded in death by her parents, and companion, Earl Webb Sr.

Following Cremation, there will be no services at her request.