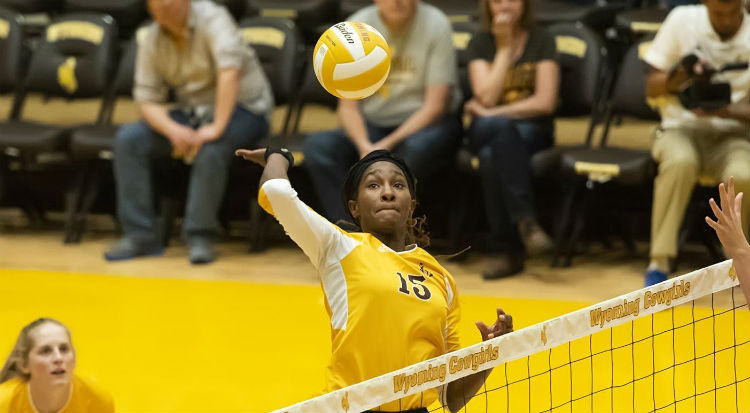 Copeland recorded 17 total blocks on the weekend to lead the Cowgirls to wins over San Jose State and Nevada, and help the Pokes to a perfect 2-0 start to MW play. She contributed on 17 of the Cowgirls’ 26 total blocks this weekend recording 2.83 blocks per set.

Copeland has been stellar blocking for the Cowgirls this season racking up 96 total blocks (1.92 blocks per set) to lead the nation. She has contributed 96 blocks to the team’s 154.5 blocks so far this season.

A native of Federal Way, WA Copeland has been a major contributor on the offensive end as well ranking third on the team with 110 kills on an efficient, .356 hitting percentage which ranks second.

Copeland and the Cowgirls will be back in action this weekend, as they hit the road to take on Fresno State and San Diego State. Wyoming will face Fresno State on Thursday, September 27th at 8 p.m. before heading south to battle the San Diego State Aztecs at 7 p.m.