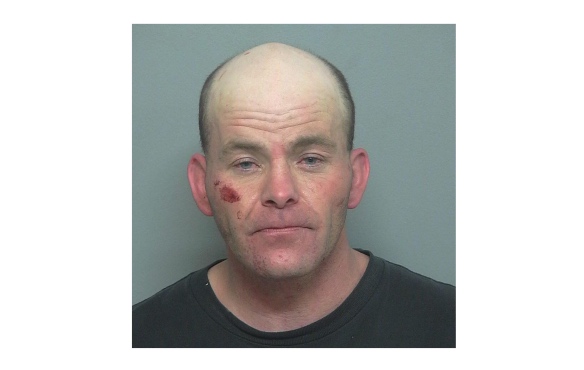 (Sweetwater County, Wyo. – October 12, 2018)     A Reliance man is behind bars after he resisted a warrant arrest in Rock Springs on Thursday, Sweetwater County Sheriff Mike Lowell said this afternoon.

While on patrol at about 6:20 PM, Corporal Matt Bartolotta spotted 41-year-old Jason W. Hernandez at the Kum-N-Go convenience store on Foothill Boulevard. Bartolotta knew an active arrest warrant existed for Hernandez, and moved to take him into custody.

Hernandez resisted and a struggle ensued. Assisted by off-duty Deputy Brandy Dick, who happened to be in the area, and a civilian bystander, Bartolotta handcuffed Hernandez. He was then transported to the Sweetwater County Detention Center, where he remains in custody as of press time, charged with Interference with a Peace Officer and the original municipal bench warrant.