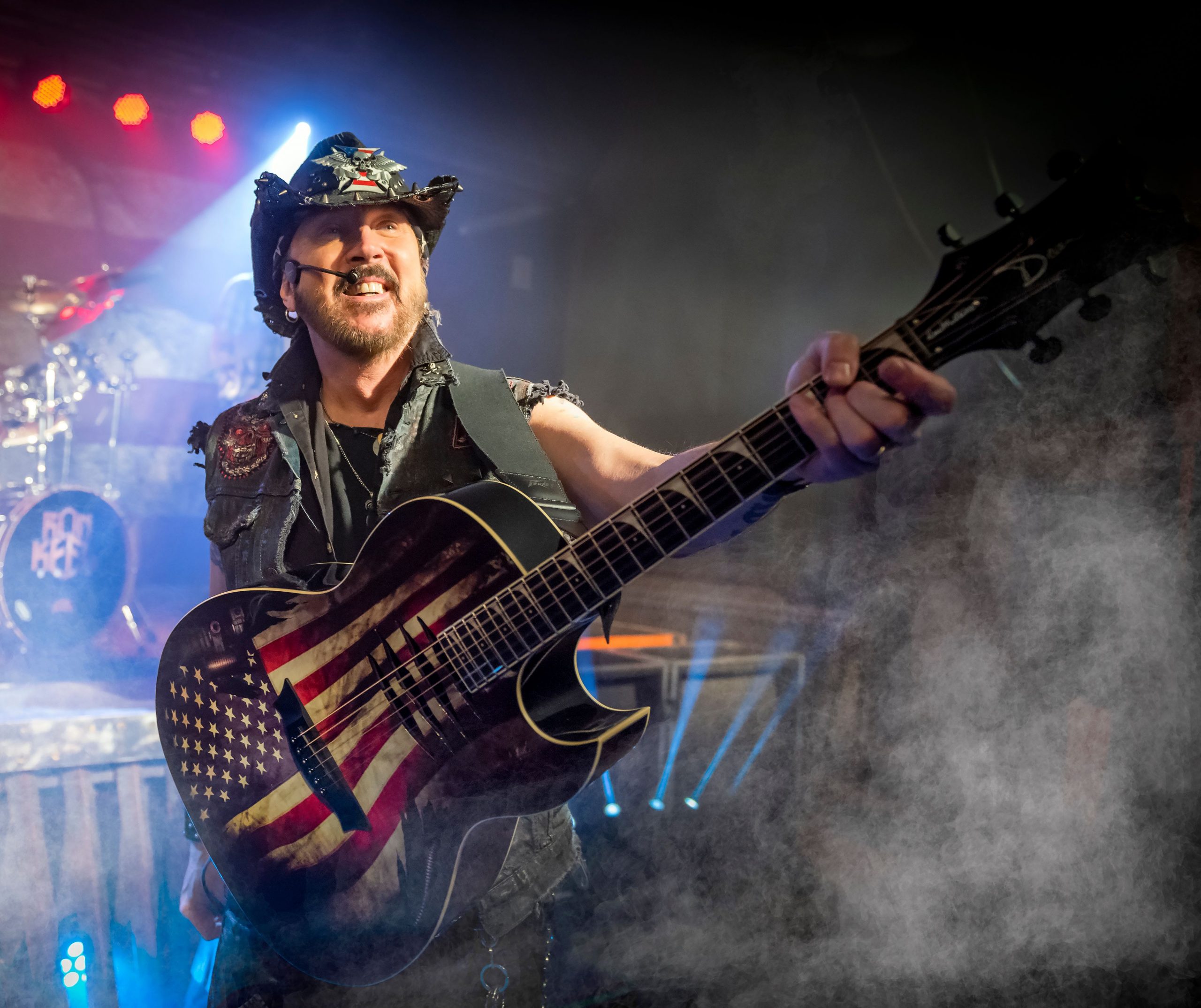 SWEETWATER COUNTY, WYOMING (January 8, 2021) – Playing in front of thousands of fans in big stadiums with legendary rock bands like Van Halen, Bon Jovi, Motley Crue and Aerosmith is cool and all. But for Ron Keel, it’s the special moments that affect people’s lives and make a difference, that outshine the rest.

Keel, a successful rock and country vocalist and guitarist, has been in the music game for nearly 40 years, dating back to the early 1980s. On Saturday, he will return to the stage in Wyoming to headline Music for Vets, a benefit concert hosted by the Tom Whitmore Post 28 of the American Legion to raise money for the local veterans relief fund.

“I’m excited to be back in Wyoming and be a part of this event again,” Keel said. “I headlined the event in 2019. We raised $18,000, which at the time, was a record for Music for Vets. Last year, they kicked that out of the park with $28,000 raised for our local veterans here in Wyoming.

“I know we’re up against long odds this year with the limited capacity, but I’m up for the challenge and really excited to perform and see everyone and raise some money for our veterans.”

Over the years, Keel has made many charitable efforts toward United States veterans. He has spent a couple years touring military bases overseas for the U.S. Department of Defense. He has been involved in a number of different veteran charities, such as Wounded Warriors and Guitars for Vets.

In fact, 10% of his sales from his solo album ‘Metal Cowboy,’ which was released in 2018, was donated to Wounded Warriors. Guitar for Vets, a sponsor for Music for Vets, provides guitars and free guitar lessons to veterans with PTSD.

“Getting that relationship with the veterans who are currently serving firsthand, gave me a deep appreciation for who they are and the sacrifices they make and what they do for all of us,” Keel said. “I think we all need to do whatever we can for those causes that we’re passionate about.”

Keel said his setlist for Music for Vets is a “full band, electric show” with local rock band ZamTrip as his backup band.

“Basically, the set is comprehensive view of my entire career with songs from Keel, Ron Keel Band and many of the albums I’ve done. It’ll have songs that a lot of people will recognize and some songs that they may be hearing for the first time,” he said.

“I’m pretty sure this is going to the best concert they’ve seen all year.”

As a successful solo artist and one that has played with legendary rock bands, Keel has performed at Texas Stadium in front of 76,000 people and sold-out crowds at Madison Square Garden. But the memory he cherishes the most came in 2000 in Arizona.

Keel and his band were performing in front crowd of mentally handicapped young people on Halloween. He said no one else wanted the gig. He was young, the band was sloppy and Keel said they were “terrible.”

When they got off stage, the band received a reaction that they weren’t expecting.

“We got off stage and we were absolutely surrounded by this sea of mob from these people. They were crying. They were saying, ‘Nobody ever comes to play for us. Nobody gives us the attention.’ They were grabbing my arms and just surrounded us with this sea of love,” he said.

“I knew, at that moment, that I made it. I changed people’s lives. I made people happy with my music. I gave them something that they really needed and wanted.

“Those special moments when you can really affect people’s lives and make a difference, that’s what it’s all about.”

This year, Keel is celebrating his 40th anniversary of his first known band, Steeler.

“It’s been a 40-year ride,” he said. “I’ve had a lot of dreams come true and sold a few million records. It’s just been an amazing experience for me.

“I work really, really hard. I’ve got a little bit of talent and a lot of luck.”

The 7th annual Music for Vets concert is on Saturday, Jan. 9, at the Island Pavilion in Green River, located at 475 South 2nd East. It begins at 5 p.m. and the music begins an hour later.