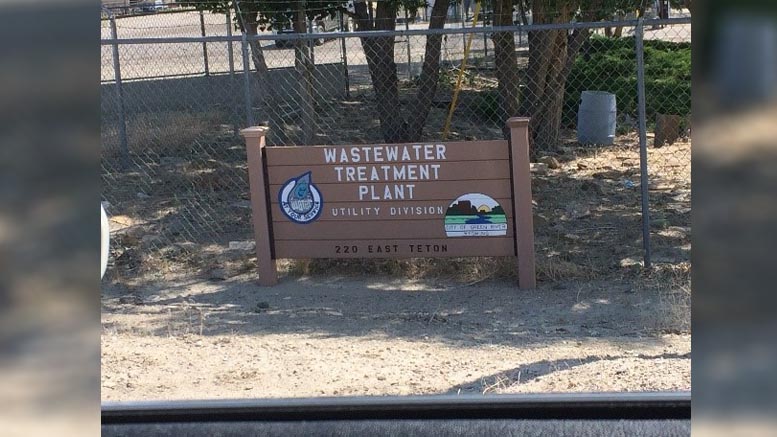 The reason for this, according to the City of Green River, is due to water turnover.

After extended warm periods, many bodies of water tend to “turnover,” allowing odors trapped in the deeper parts of the pool to come to the surface. This can happen 2-3 times a year. In a lake, it is not as noticeable, and typically just contributes to a “fishy” smell; but, at the Wastewater Treatment Plant, a turnover can smell much worse.

The City of Green River Wastewater Treatment Plant was originally constructed in 1962 as a single large lagoon. Prior to that, wastewater was discharged into the river with no treatment. As the population increased in the ’70s, the large lagoon was divided into smaller ones and the primary aerated cells were added.

In the ’80s, aeration was added to some of the lagoons and intermittent sand filters were added. This is the current configuration of the Wastewater Treatment Plant, meaning the equipment is 30 years old or more, and the lagoons are older than the equipment.

Over the past several weeks, the Wastewater Treatment plant has been overloaded with RV’s dumping at the dump station.

The City is aware of the smells coming from the plant and is doing everything they can to minimize this.

The City is in the process of building a new wastewater treatment facility, going out to bid this fall, with construction beginning in the spring of 2021.