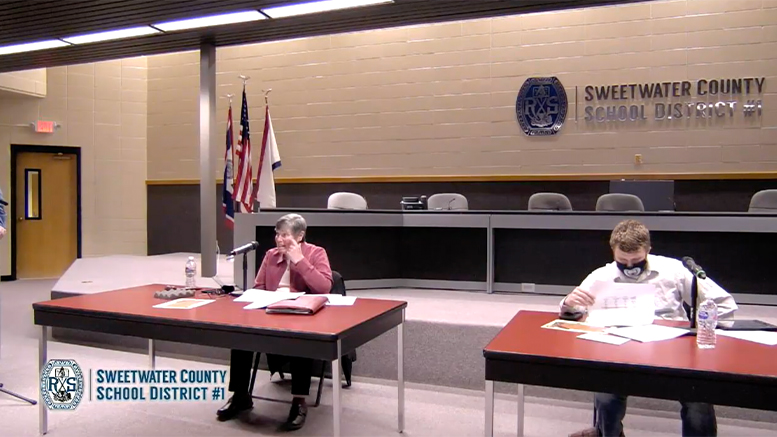 ROCK SPRINGS, WYOMING (February 22, 2021) – The Sweetwater County School District No.1 Board of Trustees voted in-favor of the start and end times for a 144-day school year calendar over the next two years and a reduction in staff force policy.

The Board of Trustees voted all-in-favor of an additional option at the board’s request.

The schedule the board voted in-favor of is as follows:

“This really represents a solid compromise that respects the research and the needs of the community and the desires of staff,” said Trustee Max Mickelson. “This is a really, really good method of meeting all of those demands and still assuring what works best for students”

During a meeting on Feb. 8, the board listened to recommendations based off of feedback made by students, staff members and the community. The feedback revealed a preference for late elementary school times and earlier secondary school start times.

Previously, the schedule on the table for approval was as follows:

The change in the start and end times for elementary and junior high schools would mean a potential change in bus routes, according to Nicole Bolton, Director of Human Resources.

The Board of Trustees also voted in-favor of a GCPA Policy, which is a reduction in staff force. It means an action to reduce the number of employees within a department or program, within a school, or at the district level overall.

“My only real concern with this current policy is that it illuminated the anxiety and the lack of good faith that exists between the board and our educational staff. Regardless if we have to use this policy or not, I think we as a board have a lot of work to do to build their confidence and their trust,” Mickelson said.

Board of Trustee Chairman Carol Jelaco said she struggled with this policy.

Trustee John Bettolo was the only one to not vote in-favor of the GCPA Policy.

Local veterans invited to sign up for their COVID-19 vaccination