December 22, 2021 — Recent press has advised that because the nation is experiencing a shortage of snow plowers, including in Wyoming, drivers will experience longer road closures.

According to Luke Reiner, director of WYDOT in Cheyenne, that just isn’t true.

“We got lots of snow and wind along I80 about 10 days ago,” said Reiner, “and there were road closures, but it was not due to snow plow driver shortages, because we brought them in from outside, and we’ll continue to do so.”

That storm hit Laramie and Rawlins pretty badly, but there was little snow in Cheyenne. Therefore, the workers in Cheyenne were sent west to help. WYDOT confirms that they bring all the resources to bare to ensure that roads are cleared as rapidly as possible.

“Even after the couple of storms we’ve had this year, the roads could not have been opened any easier,” said Reiner.

Sometimes when the roads are closed, it is due to high winds.

“When you have just a foot of snow and add 75 mile an hour wind, the roads will close.”

It is true that there is a shortage of snow plow drivers, but that is largely due to compensation packages. Governor Gordon has requested salary increases for state workers. By March of next year, there will be better incentives for people to seek snow plow driving jobs. But for now, workers from outside areas are working where they are needed.

But with the storms this year along I80, closed roads were in no way related to a shortage of snow plow drivers.

In the meantime, WYDOT does have job openings for all areas of Wyoming. Jobs as general maintenance workers are available. Full-time jobs and temporary jobs are also available currently.

“In the winter time, general maintenance workers run snow plows, and in the summer they fix roads and work on guardrails, things that are important in order to keep our roads safe,” Reiner said.

Such work with WYDOT simply requires a commercial drivers license.

Reiner is more than qualified to lead the 2000 men and women that make up WYDOT. He retired in 2019 as the Adjutant General for Wyoming, where he directed the Wyoming Military Department in Cheyenne. He formulated, developed, and coordinated all policies, plans and programs, affecting more than 3,000 Army and Air National Guard members.

“Thanks to the men and women who are out keeping our roads safe. Keep in mind not to hit them,” said Reiner. It is imperative to give the snow plow drivers room to work, so they can continue to keep roads safe. 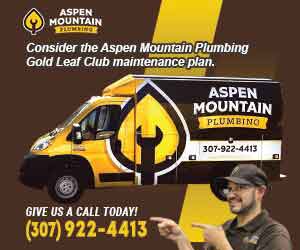 Legislative panel and discussion next week at Broadway Theater